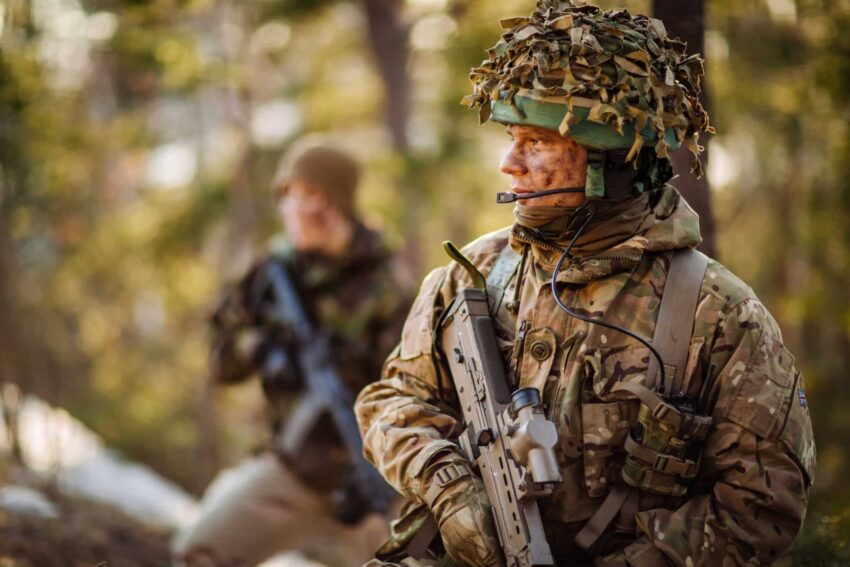 According to recent estimates from the Ministry of Defence, there are currently around 2.5 million former service personnel living in the UK.

A career in the military – whatever the capacity – is great preparation for whatever challenges and opportunities might be thrown up in later life. Nowhere is this more apparent than in the world of employment; Steve Thornton is a veteran who founded Forces Cars Direct, a business whose ranks are populated by military veterans. He spoke to us about just why exactly veterans make for the best employees.

From the meticulous cleaning of boots, through to the operation and maintenance of complex mechanical and/or digital technologies, one thing you’re guaranteed to find within a veteran is a scrupulous – forensic even – approach to whatever they do. The importance of this kind of disciplined rigour can’t be overstated, especially in today’s job market.

Habitual lateness isn’t just infuriating for an employer – it’s costly, too. Employees might think the odd ten minutes here or there won’t make much of a difference in the grand scheme of things, but those minutes of downtime all add up over the course of a year. Asides from anything else, though, tardiness demonstrates an inherent lack of respect from an employee towards their employer.

We’re not saying, of course, that things aren’t occasionally taken out of your own hands – it’s very difficult, for instance, to get to work on time if there’s a twelve-mile logjam on the motorway! But if it becomes a habit, then there’s an issue. Punctuality is an integral part of life in the military; from turning up to parade on time to following battlefield commands to the minute, the idea of lateness just doesn’t compute within the veteran’s mind-set.

Businesses and the military services are in many ways akin to one another (and it’s this likeness, more than anything else, that makes transplanting veterans into business employment a smart move). Both have objectives, clearly defined goals, deadlines and systems. Most businesses have a clear hierarchy, just as the various military services do, with a clear scope of progression.

In other words, veterans are almost certainly more used to the sorts of frameworks and methodologies utilised within businesses as anybody else. In addition to this familiarity, though, is the fact that they’re immensely trustworthy and reliable. Once they’re on your team, so to speak, they’re on your team.

Whether it be the ability to manage a crisis both calmly and appropriately, or the wherewithal to display leadership qualities when needed, the independence and clarity of thought instilled within the military is unparalleled. Beyond any initial teaching and on-boarding, you don’t necessarily want to be spending your time ‘hand-holding’ new employees. Military personnel are used to having to pick things up quickly, effectively and efficiently, and that’s a skillset that doesn’t just disappear once their service is finished.

Sometimes, things go wrong, and there’s no getting around that. Much though we’d like it to be the case, we don’t live in a world where things run smoothly one hundred percent of the time. What’s most helpful (or, least damaging, depending on the way you prefer to look at it…) in these situations is that those responsible for their mistakes admit as much, and do so as quickly as possible.

If a veteran under your employment does happen to get something wrong – whether major or minor – you can rest assured that they’ll own up to the fact straight away. This level of accountability and honesty isn’t a given in today’s world, and that makes veterans the better employees for it.