Ethereum has not only surged to its highest price for over a year, it has tapped milestone highs in other on-chain metrics as well. Today is the network’s 5th anniversary.

ETH 1.0 is still proof of work, which means there are still miners seeking profits by producing more blocks. Mining profitability is mostly a product of difficulty and price, and when prices are high, so is profitability.

Hash rate is a measure of the computational power on the network, and the higher they are, the healthier and more secure the network is. For Ethereum, the hash rate has hit its highest level since November 2018.

According to bitinfocharts, the ETH hash rate has just reached 201.59 TH/s, its highest for 20 months.

The highest it has ever been for Ethereum was just under 300 TH/s during the crypto boom of January 2018. Once the network migrates to ETH 2.0 over the next year or two, the hash rate will become a thing of the past as the consensus mechanism switches to proof of stake.

Senior research analyst at Decentral Park, Elias Simos, observed that the percentage of revenue coming from network fees is the highest it has ever been and ten times what it was earlier this year.

Meanwhile, $ETH miners are having a field day, recording the highest revenue levels (in USD) since Q3 2018.

The % of revenue that currently comes from fees is in a league of its own.

This is no surprise since the average transaction fee is now almost $2, according to bitinfocharts. The median transaction fee has surged to its highest level for two years and, unlike previous anomalous spikes, does not appear to be slowing down.

The recent DeFi boom, which began in May, has been responsible for the increased demand on the Ethereum network, and the resultant gas fee rises.

Ethereum prices, meanwhile, are holding above $300, which is a good sign for further upwards momentum. The last time they topped $300 was in June and July 2019, and prices only remained above it for 18 days.

This time around, things look stronger for Ethereum, and on-chain metrics indicate that it could still be undervalued. Momentum has likely been driven by the imminent launch of the final public Beacon Chain testnet, dubbed Medalla. If ETH prices jumped 30% on a testnet launch, imagine what the mainnet will do to them, hopefully later this year.

All of the above takes place on the 5th Birthday of the network. It’s safe to say that it has come a long way since then. Speaking to CryptoPotato was Kosala Hemachandra, founder and CEO of one of the most commonly used ETH wallets – MyEtherWallet.

In the last 5 years, Ethereum’s growth across the board has been exponential. In some ways, it has redefined what blockchain technology is capable of. Today, the Ethereum community has many passionate developers, dapps that are friendly to new users, and plenty of well documented concepts.

As we’ve seen with past Ethereum iterations, ETH 2.0 will once again change the definition of blockchain technology by creating a secure and sustainable system capable of competing with centralized scaling solutions. 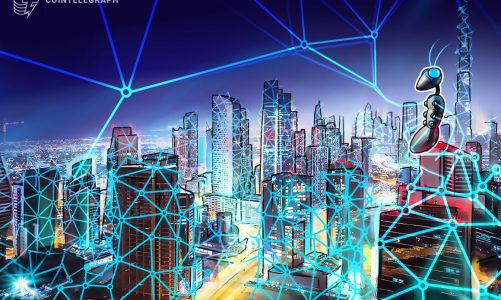