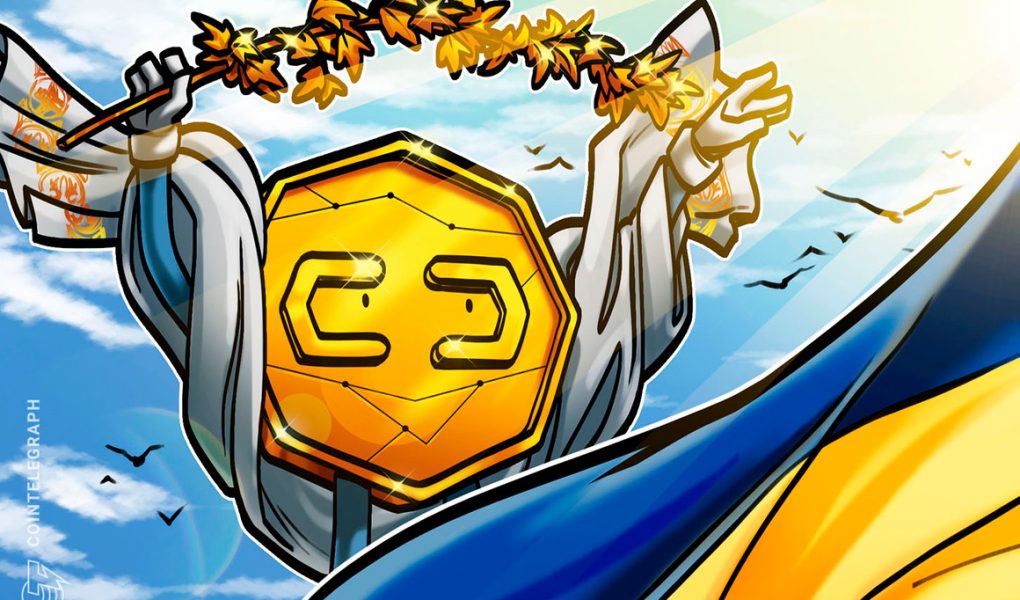 The crypto community has poured in an impressive $54 million worth of crypto funds through “Aid For Ukraine,” aimed at supporting the country’s military efforts against Russia, the Ukrainian Deputy Prime Minister has revealed.

The $54 million has been funneled in through the Ukrainian government-run initiative ‘Aid For Ukraine’, according to Ukraine’s Deputy Prime Minister Mykhailo Fedorov’s Twitter post on Thursday, who thanked the crypto community for their support:

“Every helmet, bulletproof vest, and night vision device save the lives of Ukrainian soldiers. Thus, we must continue to support our defenders. Thanks so much to everyone from the crypto community for supporting Ukraine!”

The crypto payments have gone towards military equipment, hardware, and munitions, including $11.8 million worth of unmanned aerial vehicles (UAVs), which are typically used to spot enemy troops and direct attacks.

A significant sum of the donations was also spent on armor vests at $6.9 million, along with $3.8 million on field rations, $5.2 million on anti-war media campaigns, and $5.0 million on “weapons of the [Ukraine] Ministry of Defense request”, among other military and medical accessories.

With $54 M raised by @_AidForUkraine, we’ve supplied our defenders with military equipment, armor clothes, medicines and even vehicles. Thanks to the crypto community for support since the start of the full-scale invasion! Donation by donation to the big victory. Report below. pic.twitter.com/lifHAP8R4f

“Crypto is playing a significant role in Ukraine’s defense”, said Deputy Minister of Digital Transformation of Ukraine Alex Bornyakov on the government-tied donatiowebsite.

Founder of Ukrainian-based crypto exchange KUNA Mike Chobanian added that the contributions from the crypto community have shown the impact that blockchain technology can have on nation-states, stating that it can serve as a “backbone of global security” in times of need.

Aid For Ukraine works by transferring crypto into the crypto exchange FTX, which converts crypto into fiat, and is then withdrawn and transferred to the National Bank of Ukraine.

But Aid For Ukraine isn’t the only organization taking in funds to assist Ukrainian defense efforts. Reserve Fund of Ukraine, Come Back Alive, UkraineDAO and Unchain Fund have also contributed funds in the seven-figure range, although the amount of crypto-based funds they’ve taken in hasn’t been disclosed since March.