Almost 72% of all ADA is now staked on Cardano | CryptoSlate 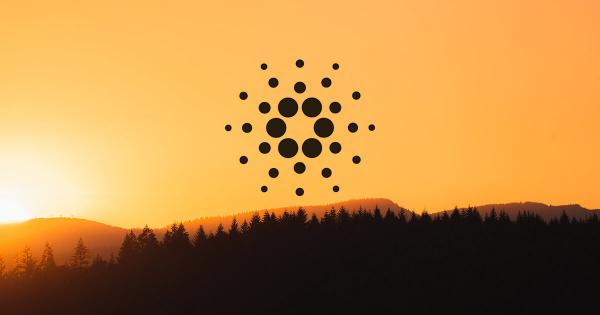 With 71.9 percent of the total circulating supply of ADA now staked, Cardano is still the most decentralized blockchain network on the market. The significant increase in the amount of its underlying cryptocurrency being staked is followed by an equally significant rise in the number of new users entering the Cardano ecosystem, pushing ADA’s price the closest to $1 than it’s been in the past four years.

Cardano is still the most decentralized blockchain network in the world

While overtaking Polkadot earlier this year in terms of staked value has been major news for Cardano, it’s equally as important to notice the blockchain’s month and a half reign as the most decentralized network in the world.

With just under 72 percent of the total circulating supply of ADA staked, Cardano is still way ahead of Polkadot with 60.61 percent of DOT tokens staked on the network.

The latest data from Cardano data aggregator AdaPools has shown that over 54 percent of all ADA wallets have delegated their funds to a stake pool. This means that there are currently 214,610 wallets holding ADA that have decided to allocate their funds to securing the Cardano network.

Almost every ADA metric points to a rapidly decentralizing network

Another major metric that points to the rapid decentralization of the Cardano network is the average number of ADA held in each delegated wallet. Unlike almost all of Cardano’s other fundamentals, the average number of ADA per delegated wallets has been decreasing. This means that there are more small-time players and retail investors utilizing Cardano, essentially stripping the whales and other large holders of their power over the network.

The data shows that there has been a 38.24 percent decrease in the average number of ADA in delegated wallets in the past 30 days.