They will work to identify counterfeiters wherever they operate and prevent counterfeit products from entering the U.S. Due to the major sporting event being an opportunity for the sale of counterfeit Super Bowl merchandise Amazon’s CCU and the IPR Center are sharing information such as physical addresses, supply routes, shippers, consignees, and other potential fraud identifiers in real-time before, during, and after the Super Bowl.

“Make no mistake – intellectual property theft is not a victimless crime. American manufacturers and retailers – and those they employ – as well as consumers are the losers in this game,”

“Fans who spend their hard-earned money to support the NFL and their favorite team can rest assured that HSI is working around the clock with support from Amazon to ensure they are getting only genuine, high-quality officially licensed merchandise in return.”
– Francis, Director, IPR Center

Amazon strictly prohibits the sale of counterfeit products, and in 2019 alone, invested more than $500 million to protect its store and customers from counterfeit and other forms of fraud and abuse. These investments include machine learning and automated systems to detect bad actors and potentially counterfeit products, dedicated teams to operate and continually refine its anti-counterfeiting programs, and tools that empower brands to better protect their intellectual property. As a result, 99.9% of pages viewed by customers on Amazon did not receive a valid counterfeit complaint.

“We know counterfeiters target high visibility events like the Super Bowl, and we are proud to be working with the IPR Center and other agencies to leverage what we know to better protect customers in our store and across the retail industry,”
– Dharmesh Mehta, Vice President, Customer Trust and Partner Support, Amazon 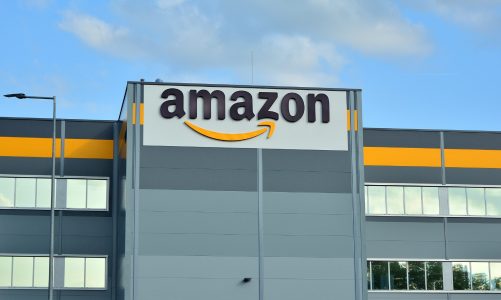