It’s all relative. Regardless of whether the market is setting record highs or correcting, there are always outperformers and underperformers. Some tickers lead while others lag. 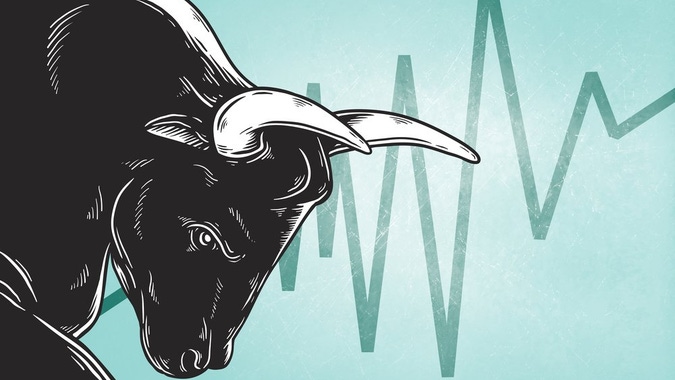 At either end of the spectrum lie two very different investment strategies. Riding the hot outperformers is a popular momentum strategy. Conversely, scooping up the cold underperformers is more of a bargain hunting approach.

Investors that prefer to uncover oversold laggards have many tools at their disposal both fundamental and technical. One of the best ways to determine which stocks are oversold is the relative strength indicator, or RSI.

Using a 0 to 100 scale, the RSI measures how fast a stock is getting bid up or down relative to the broader market. Readings above 70 and below 30 are considered overbought and oversold territory, respectively.

Within in the S&P 500, there are currently 79 companies that are technically oversold. Only 31 have sub-30 RSI scores.

Focusing on the oversold group, these are three of the names that Wall Street firms are most bullish on:

Paypal (NASDAQ:PYPL) ranks 11th among S&P 500 constituents in terms of the RSI with a 23 reading. After a 117% return last year, the stock’s minus 12% year-to-date return lags the index considerably. A laggard for now, analysts say the online payments platform will soon revert to being a leader.

This week Paypal reported better than expected third quarter earnings but fell short on revenue. The results were overshadowed by a weak fourth quarter revenue forecast and a soft outlook for 2022. Not even a new partnership with Amazon could prevent Paypal shares from gapping down to a 52-week low. Paypal announced that U.S. shoppers will be able to use its Venmo platform to make Amazon purchases beginning next year.

While there were a spattering of hold ratings and even one sell rating issued on the Street, 20 firms have reiterated buy ratings since the Q3 update. The most bullish one, Evercore ISI, set a $342 price target which represents 67% upside. Overall, analysts favor the underlying trends in Paypal’s payment volumes which should only get better with the Amazon deal. The tepid guidance also sets the stock up for some beat and raise quarters heading in 2022.

Dish Network’s (NASDAQ:DISH) RSI score of 23 places it 8th on the list of most oversold S&P 500 stocks. The provider of Sling and other pay-TV services is up 14% this year but down 24% from its May 2021 peak. Sell-side research firms say the bear market in the stock has created an appealing buy opportunity.

In the past three months, five analysts have shared an updated opinion on Dish Network. All five called the stock a buy with price targets ranging from $50 to $71. This week Deutsche Bank offered a $71 target which points to a possible double from here. On the heels of the company’s third quarter report, the analyst noted a favorable long-term impact of Dish Network’s planned $4 billion purchase of new wireless spectrum assets.

The market has thus far reacted negatively to Dish Network’s latest investment as it will be issuing $4 billion in debt to fund the purchase. This will weaken its balance sheet in the near-term but ultimately place it in a better competitive position in the battle with AT&T, T-Mobile, and Verizon to build out nationwide 5G networks. Partnerships with Qualcomm and several other 5G players should also be a boon to Dish Network’s long-term standalone 5G ambitions.

Is the Caesars Entertainment Stock Dip a Buy Opportunity?

Caesars Entertainment (NASDAQ:CZR) has actually outperformed the S&P 500 this year. But after climbing to a record high of nearly $120 last month, shares of the casino operator have retreated 16%. In the process, the stock’s daily RSI reading has slipped below 30 for the first time since the depths of the March 2020 bottom.

Analysts say this has created a buy opportunity for a company that is experiencing solid growth since its 52 U.S. properties have reopened. Since Caesars Entertainment reported in-line third quarter results earlier this month, four firms have called the stock a buy. Well Fargo raised its price target to a Street-high $145 citing Caesars’ increasing market share in the U.S. sports betting market and ongoing digital investments. This week Jeffries reiterated its buy rating noting a possible benefit from the reopening of the Hong-Kong border on the Macau business.

This week Caesars’ up and coming sports betting division announced a partnership with Archie, Peyton, Eli, and Cooper Manning to promote the Caesars Sportsbook product. Sportsbook is operating in 20 U.S. states and territories making Caesars the largest retail sportsbook operator in the country. Given the prosects for expansion into new domestic and international markets, Caesars Entertainment is looking like a good bet at current levels.