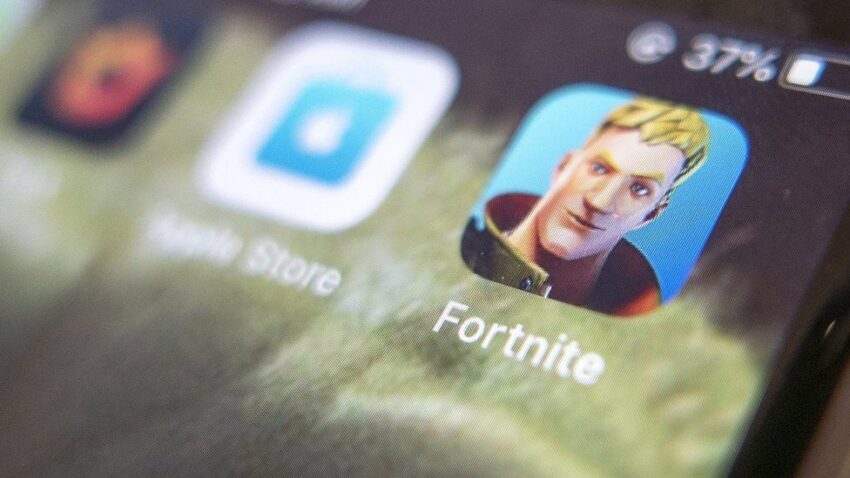 The UK’s Competition and Markets Authority has launched an investigation into whether Apple’s terms for app developers are anti-competitive.

It follows a series of complaints, including a high-profile one from Epic Games, the developer of Fortnite.

Some developers are unhappy that they are forced to distribute apps to iPhones and iPads via the App Store, and the commission Apple takes.

The investigation will consider whether Apple has a dominant position in the distribution of apps on its devices and look at whether it imposes unfair terms on developers.

Andrea Coscelli, chief executive of the CMA said: “Millions of us use apps every day to check the weather, play a game or order a takeaway. So complaints that Apple is using its market position to set terms which are unfair or may restrict competition and choice – potentially causing customers to lose out when buying and using apps – warrant careful scrutiny.”

In response, Apple said: “We believe in thriving and competitive markets where any great idea can flourish. The App Store has been an engine of success for app developers, in part because of the rigorous standards we have in place – applied fairly and equally to all developers – to protect customers from malware and to prevent rampant data collection without their consent.

“We look forward to working with the UK Competition and Markets Authority to explain how our guidelines for privacy, security and content have made the App Store a trusted marketplace for both consumers and developers.”

Epic Games has launched a legal action against Apple and Google in the US, after both removed Fortnite from their smartphone app stores.

The row centred on the up to 30% cut both the tech giants take when people buy an app, subscription or in-app item on the Apple App Store or the Google Play store, as well as the difficulty in launching a mobile app without submitting to both companies’ app store rules.

In August Epic bypassed the Apple and Google stores to let Fortnite players buy virtual currency at a lower price, directly from it, resulting in an immediate ban from both stores.

The row has attracted the attention of both regulators and politicians.

Arizona’s state House of Representatives passed a law this week which prohibits Apple and Google, and any other app store exceeding one million downloads, from demanding developers based in the state exclusively use its app stores.

The law also covers users living in the state, but it is not yet clear how it will affect companies headquartered in other states but conducting sales in Arizona. It will now be handed to the state Senate for approval.

In Europe, Apple is facing two investigations into whether it has broken competition rules, one of which relates to its app store policies.