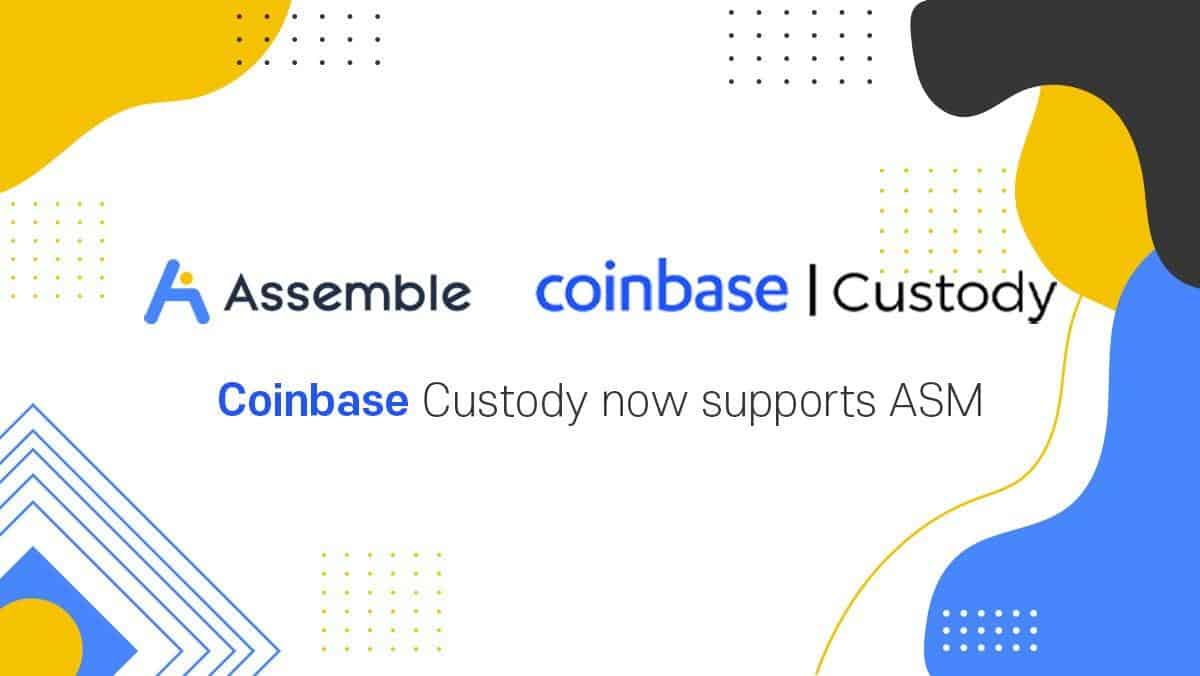 The leading blockchain-based global point integration platform, ASSEMBLE Protocol has announced that its utility token ASM has been added to Coinbase Custody. This means that ASM will receive a cold-storage custody solution from one of the largest custodians in the crypto sphere, Coinbase Custody.

The support of the ASM on Coinbase Custody has been officially confirmed by the Coinbase Institutional on 3rd May at 5 PM PDT, which has been revealed in their Twitter handle.

According to their tweet, Coinbase Custody officially approved ASM token to be added to their cold storage custody following technical and compliance review of the token. This is a significant milestone for ASSEMBLE Protocol, given the fact that users on Coinbase Custody can now access the token. The Custodial platform is considered to be one of the largest and most trusted crypto custody solutions for individual and institutional investors.

It should be noted that Coinbase Custody offers custodian services to 90 digital currencies.

The ASSEMBLE Protocol team considered Coinbase Custody for storage due to the reliability, security, and transparency of the platform. Since its launch eight years ago, Coinbase Custody has not experienced any security incidents or loss of crypto assets to its platform and adheres to the strictest security protocol. In addition to the listing of ASM on Coinbase Custody, users can now safely deposit and withdraw funds without leaving the Coinbase platform.

Assemble protocol continues to make significant progress in its quest to provide users unrestricted opportunity to use their points similarly as they use cash without time or location constraints.

The blockchain protocol provides point integration where various points can be integrated and converted into its native token ASM or cashed out through a single process. In addition, ASSEMBLE provides consumers with multiple channels where they can use their points. Users can freely transfer their points within the platform or purchase goods and services within the ASSEMBLE platform.