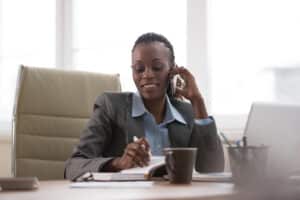 Ethnic inequalities are “deeply entrenched” among the over-50s in England, with older black, Asian and minority ethnic (BAME) people falling behind white peers on income and home ownership, new research has shown.

BAME people are more likely to retire later than white peers, have a lower weekly income, and are far less likely to own their own home, analysis by the Centre for Ageing Better, Institute for Public Policy Research (IPPR) and University College London (UCL) revealed.

People from ethnic minority backgrounds aged 50-70 are more likely to be in the poorest 20% of the population in England compared with white people, the study found. It showed that black men and women are living on an average of £100 less per week compared to white men and women in the same age group.

However, black people in their 50s and 60s are more likely to be working, with white people in the age group three times more likely to have retired, suggesting a disparity in the access to other sources of income, such as pension savings and assets.

Anna Dixon, chief executive of the Centre for Ageing Better, said: “Our new research shows that ethnic inequalities are deeply entrenched among the generation approaching later life, with those from black, Asian and minority ethnic backgrounds facing disadvantages across many areas of life.

“As older generations become increasingly diverse, it’s vital that these inequalities are tackled so that no one misses out on a good later life.

The research discovered that nearly half of white people in their 50s and 60s own their home outright, compared with just 13% of their black peers. Nearly a third of black and a quarter of Asian people live in the most deprived areas, as against just 16% of the white population.

Anna Round, senior research fellow at IPPR, said: “All too often, we hear lazy stereotypes applied to everyone in middle or later life. But these findings show stark differences within this age group – for example, in health and in financial wellbeing.

“We need a better understanding of what lies behind these and many other differences, including the inequalities associated with ethnicity that emerge from this research. And we need to collect and analyse the data to build our understanding. That’s essential if we are to work out how everyone can have the best chance of a decent quality of life as we get older.”

Paola Zaninotto, of the institute of epidemiology and healthcare at UCL, said: “An increasing number of black, Asian and minority ethnic people are now approaching later life, and our results show that compared with white people, they are facing challenges across a large number of areas in their life, putting them at risk of missing out on a good later life.”

The data comes from a research project looking into the factors that define a “good” later life, including financial security, strong health, social connections, and meaning and purpose.

On Tuesday, a group of 80 leading City fund managers committed to hiring at least 100 black interns a year, starting in 2021, to make up for the lack of black staff in the industry. Legal & General, Goldman Sachs, Standard Life Aberdeen and Schroders are among the firms that have signed up to the #100BlackInterns initiative, aimed at helping young, university-educated black people break into the sector by placing them in frontline roles.

Read more:
BAME over-50s likely to be among poorest 20% in England