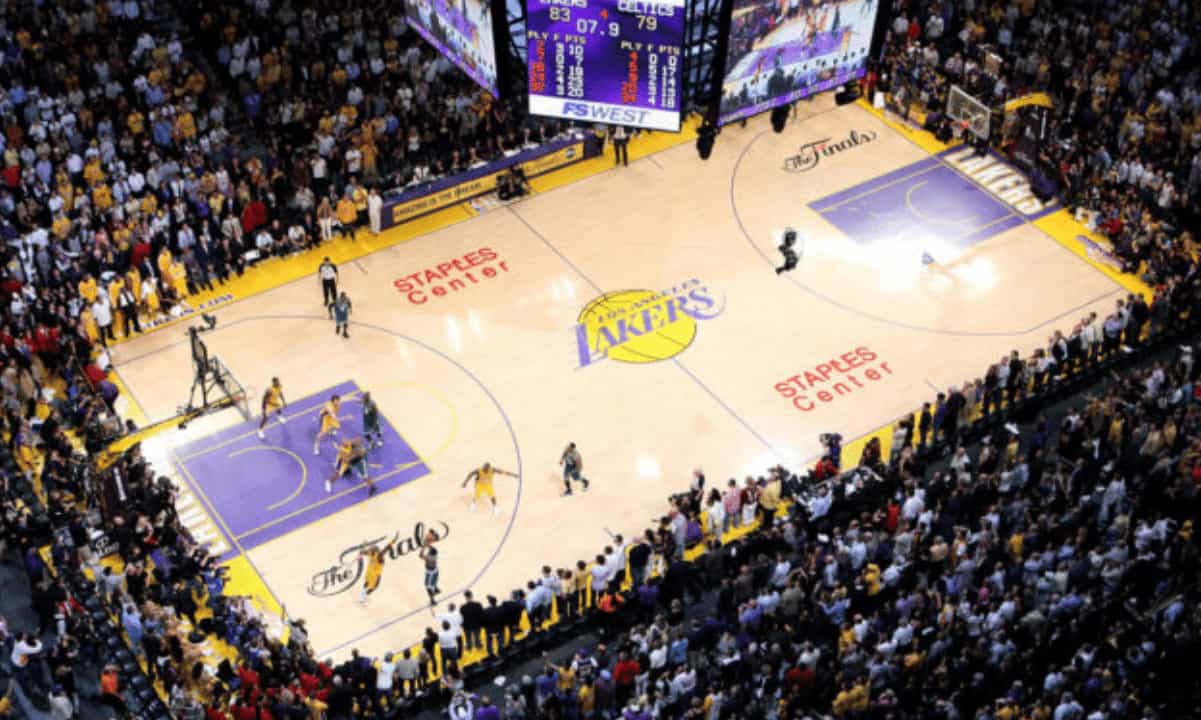 One of the most successful teams in the history of the NBA – The Los Angeles Lakers – announced an official team sponsorship with Socios.com. Thus, the latter doubled down on its expansion strategy into the US market.

The Lakers Joining The Crypto Space

According to a recent announcement, the leading global blockchain provider for the sports and entertainment industry – Socios.com – will be the presenting sponsor of the Los Angeles Lakers Facebook Group from the beginning of the 2021-22 NBA season.

As part of the collaboration, the platform will launch virtual events for the fans. There, they will get the chance to communicate with each other and even vote on topics related to their favorite basketball team. Tim Harris – President of Business of Operations at the LA Lakers, commented:

“As an organization that places great importance on serving and engaging with our fans, we are excited that Socios.com has a shared perspective and will help support our initiatives to serve the Lakers fanbase.”

In his turn, Alexandre Dreyfus – CEO of Socios.com – categorized the NBA team as one of the most recognizable brands in sports, marking the partnership as a great way to expand the platform’s range into the American market:

“The Los Angeles Lakers are one of the most prestigious brands in sport and I’m thrilled to be working with them as Socios.com rapidly expands into the U.S. market. What an awesome way to round off another great incredible week of growth.

We’ve laid down some really significant foundations to take fan engagement to the next level in U.S sport and we couldn’t be more excited about what’s to come next.”

Socios.com is a blockchain platform, which sells “fan tokens,” offering supporters the chance to influence decisions at their favorite sports team. Throughout the recent months, the company has been sponsoring several clubs, leagues, and events.

Which Are Those Teams?

Socios is mainly known for its engagement with soccer clubs as it has already announced partnerships with European giants such as Juventus, Milan, PSG, Barcelona, and more.

In August this year, one of the biggest stars – Lionel “Leo” Messi – couldn’t continue his contract with his previous team Barcelona and became part of the multimillion selection of Paris Saint-Germain. As reported back then, the Argentinean received a portion of the “welcome package” (the signing on fee) in the team’s cryptocurrency fan token – $PSG as the payment was made by the token provider – Socios.com.

At the end of last month, the blockchain platform stretched its scope to South America by proposing to issue a fan token that could generate revenues of around $10 million for the most successful soccer club in Argentina – Boca Juniors.