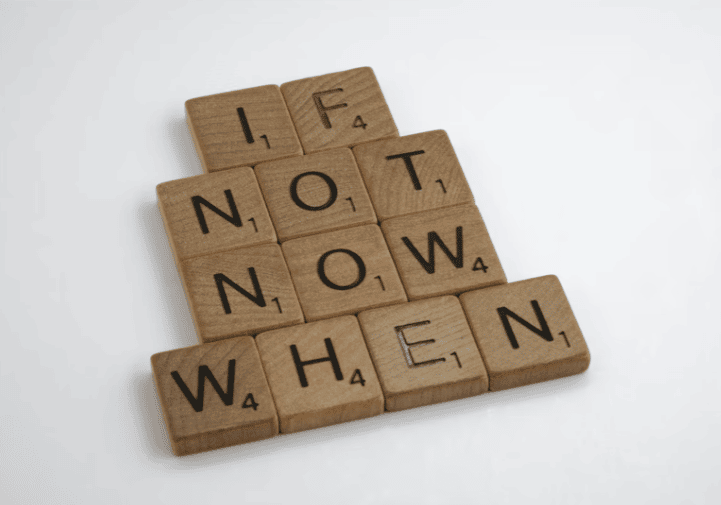 The popular self-help culture inculcates in us the belief that in order to become successful, we must have discipline. We are told that discipline is the key to achieving academic success, climbing on top of the career ladder, attaining the body of our dreams, learning a new skill… practically anything. As a result, we believe that we must force ourselves to do whatever needs to be done to make these dreams a reality.

However, doing things through force is rarely an enduring solution. We may do it once or twice, but eventually we’ll give in. This can quickly spiral into a vicious cycle of giving in and then berating ourselves for a lack of discipline.

But why you’re failing to meet your goals is more complicated than discipline. More often than not, there are many factors that are at play. If you’ve ever embarked on a goal or a project but couldn’t find the discipline to follow it through to completion, here are three reasons it might have happened.

Oftentimes, the reason you can’t get yourself to do what needs to be done is your perception of the task at hand rather than a lack of discipline. When an undertaking seems insurmountable, you are likely to procrastinate, delaying it further and further until the deadline looms uncomfortably close, or not doing it at all. By breaking your task into small, bite-sized pieces, you can reduce its “perceived load”, making it seem more manageable and less intimidating.

For example, if you can’t get yourself to exercise in an effort to lose weight, you may have a preconceived idea about what a workout session should look like: how long it should be and what it should entail. You may think that you need to complete a certain number of exercises for a certain number of sets and reps for the effort to “count.” This mindset quickly turns the simple act of moving your muscles into something insurmountable and intimidating.

Instead, try breaking your workout down into manageable mini-sequences that you can do throughout the day. For example, you could split your workout into muscle-focused splits and complete them one at a time. A fitness expert and former athlete Mark Sisson calls these kinds of workouts ‘micro workouts’ and says they have been the key to his success in maintaining his fitness well into his 60s.

If you struggle with a lack of discipline for a certain undertaking, you may be trying to attempt it when your ego is depleted. Perhaps, you struggle to get yourself to work out after a long day at work, or you can’t help reaching for a chocolate chip cookie after having a difficult conversation with a client. Doing anything that makes you exercise self-control depletes your ability to exercise discipline.

This type of problem is easily solved with a little bit of planning. Don’t try to schedule too many discipline-demanding activities one after another. Give yourself some buffer to replenish your mental resources. And when circumstances get in the way, allow yourself some slack—you are only human after all.

Sometimes, your lack of discipline is actually a matter of motivation. The reason you struggle to stick to a diet, procrastinate on projects, or can’t get yourself to do anything that demands willpower and self-control is simply that you don’t have a good enough reason to do it. You may think you do, but the evidence—your behavior—says otherwise.

Aask yourself what it is you are trying to accomplish, and why it is important to you. For example, if you struggle to stick to a diet and exercise regimen in an effort to lose weight, ask yourself why do you want to lose weight in the first place? Investigate what really lies behind your goal. Without having a clear and compelling “why,” goals are doomed to failure.

Take a step back and ponder the core motivations behind your undertaking. Any worthy goal will have a meaningful, underlying motivation that, once made clear, will make the issue of discipline less relevant. Once you know the “why” behind your goal, you’ll find it much easier to get yourself to do whatever needs to be done to make it happen.

You don’t need to become a stoic to succeed in life. Self-discipline may be helpful at times, but it’s not an enduring solution. Being hung up on the mindset that success comes from discipline can prevent us from doing the self-reflection that is necessary to examine the real reasons we struggle to follow through with our self-commitments. When we embark on an ambitious undertaking but struggle to stick it through, we rarely question our approach or underlying motivations behind it. Yet, this is often where the solution is. If you take time to reflect, you’ll discover that a lack of discipline isn’t really the problem. There are usually factors at play that are beyond discipline.

Darya is a part of the blogging team at Shortform, where she helps spread the world’s best ideas through SEO and the power of the written word. Shortform is on the mission to make the world’s best ideas more accessible by summarizing, synthesizing, and contextualizing non-fiction books in categories like self-help, business, finance, career, and more.

GET THE BOOK BY
ERIN FALCONER!

Erin shows overscheduled, overwhelmed women how to do less so that they can achieve more. Traditional productivity books—written by men—barely touch the tangle of cultural pressures that women feel when facing down a to-do list. How to Get Sh*t Done will teach you how to zero in on the three areas of your life where you want to excel, and then it will show you how to off-load, outsource, or just stop giving a damn about the rest.

Tagged with: get motivated entrepreneur • how to be positive • how to stay motivated • inspirational mindset