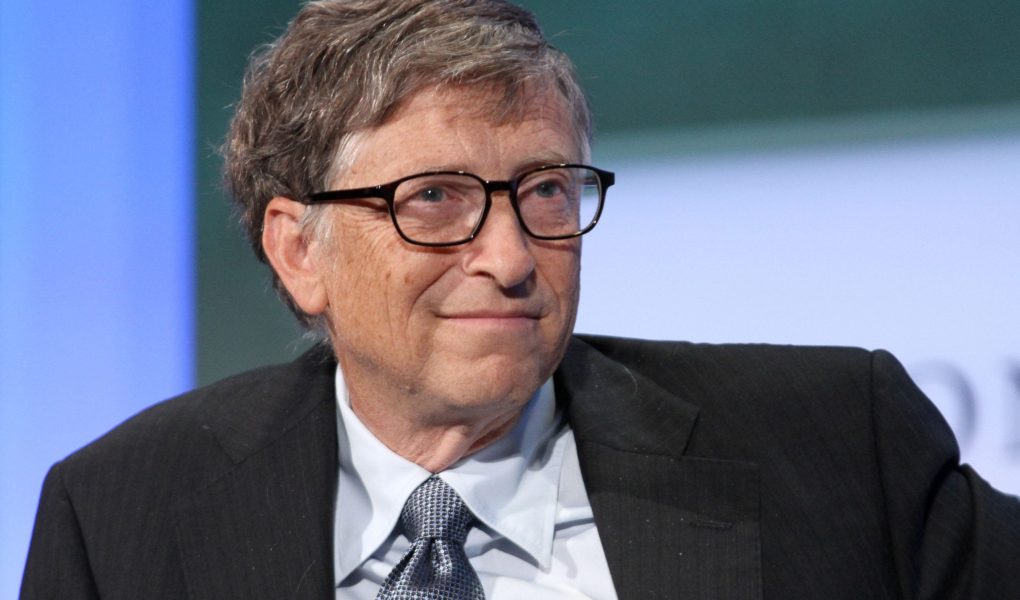 William Henry Gates III, widely known as Bill Gates, is one of the world’s most influential and wealthiest people, with an estimated net worth of $129 billion as of June 2022. He is the co-founder and former CEO of software giant Microsoft Corporation (MSFT). He focuses mainly on philanthropy through his private charitable foundation, the Bill & Melinda Gates Foundation.

ECL reported a 13% improvement in net sales in the second quarter of 2022, beating Wall Street estimates. However, its top-line growth didn’t translate to bottom-line improvement. Moreover, the quarter’s sales growth was significantly offset by product cost inflation and unfavorable currency translation in a rapidly changing operating environment. The stock has slumped 26.5% year-to-date.

On July 28, WMT and Getaway, a health and wellness hospitality company, announced a new retail partnership to make simple escapes to nature more effortless and accessible for guests. The new alliance will introduce innovative offerings starting this fall, including The General Store by Walmart, opening at select Getaway Outposts.

The partnership is expected to further the company’s mission to help people Live Better and boost its revenue streams.

In June, WMT and Memomi, an augmented reality (AR) optical tech company, entered an agreement for Walmart to acquire Memomi. The acquisition will reinforce WMT’s commitment to frictionless and omnichannel optical care.

“We’re excited to welcome the Memomi team to Walmart and add their capabilities to our leading virtual reality technology that is transforming the retail experience for our customers and members,” said Cheryl Ainoa, Senior Vice President, New Businesses & Emerging Tech, Walmart Global Tech.

WMT’s POWR Ratings reflect a strong outlook. The stock has an overall rating of A, which translates to a Strong Buy in our rating system. The POWR Ratings assess stocks by 118 different factors, each with its own weighting.

WMT has a B grade for Quality, Growth, Stability, and Sentiment. Within the A-rated Grocery/Big Box Retailers industry, it is ranked #7 of 38 stocks. To see additional POWR Ratings (Momentum and Value) for WMT, click here.

WM achieved two milestones during the second quarter that might boost the company’s sustainable growth and profitability.

Jim Fish, WM’s President and CEO, said, “We brought our fifth WM-owned and operated renewable natural gas plant into service in Oklahoma, which is expected to generate about 570,000 MMBtu of RNG and progresses us towards the 21 million MMBtu planned increase in RNG generation by 2026. We also completed technology and automation upgrades at our materials recovery facility in Houston.”

Furthermore, the company’s adjusted net income increased 11.3% from the year-ago value to $599 million, while its adjusted EPS came in at $1.44, registering an increase of 13.4% year-over-year.

WM’s POWR Ratings reflect a promising outlook. The stock has an overall grade of A, which equates to a Strong Buy in our proprietary rating system.

WM has a grade of A for Quality. It has a B grade for Stability and Sentiment. Within the B-rated Waste Disposal industry, it is ranked #2 of 16 stocks. Click here to access WM’s additional POWR Ratings (Momentum, Growth, and Value).

Headquartered in Mexico City, Mexico, KOF is a franchise bottler that produces, markets, and sells Coca-Cola trademark beverages. The company provides a portfolio of products through retail outlets, such as wholesale supermarkets, convenience stores, retailers, restaurants and bars, and home delivery. Additionally, it distributes and sells Heineken beer products in its Brazilian territories.

The company represents about 1.73% of Bill Gates’ portfolio.

On July 14, KOF announced that its subsidiary Spal Indústria Brasileira de Bebidas, S.A., signed a non-exclusive agreement to distribute products of Grupo Perfetti Van Melle, one of the world’s largest manufacturers of confectionery and chewing gum, with global brands such as Mentos and Fruit-tella in its Brazilian territories. This agreement might boost the company’s revenues.

Furthermore, the company has surpassed the consensus revenue and EPS estimates in three of the trailing four quarters.

KOF’s strong fundamentals are reflected in its POWR Ratings. The stock has an overall grade of A, equating to a Strong Buy in our proprietary rating system.

KOF has a grade of A for Stability. The stock has a B grade for Sentiment, Value, and Quality. Within the A-rated Beverages industry, it is ranked #1 of 35 stocks. To see additional POWR Ratings (Momentum and Growth) for KOF, click here.

About the Author: Mangeet Kaur Bouns

The post Bill Gates Adding to Ecolab Position, but 3 of His Holdings Are Better Buys appeared first on StockNews.com