The currency tumbled this morning, following a backlash from investors after President Erdogan fired the central bank governor. 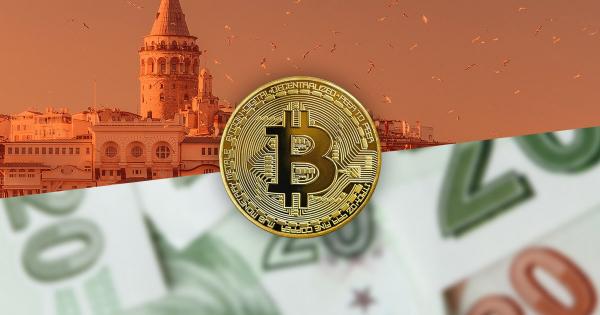 A strong reaction from investors

Local and foreign investors reacted negatively — trading sessions were suspended in the morning after the Lira plummeted below 15%. Timothy Ash, market strategist at Bluebay said the approach was “idiotic” in a client letter:

“This is a truly idiotic decision by Erdogan and markets will express their opinions on Monday and it is likely to be an ugly reaction.”

The general assumption is that Erdogan fired Agbal after he decided to keep interest rates high, attempting to stabilize inflation. The president has his economic brand, called “Erdonomics” in which he believes high rates eventually lead to inflation.

Investors have praised Agbal’s monetary policy, attracting foreigners by keeping an interest rate of 19%. Bitcoin seems like an alternative hedge fund for its citizens, as many are fearful that Erdogan’s authoritarian approach will hurt the economy in the future.

Per Hammarlund, a SeniorSstrategist at SEB stated:

“The authorities will be left with two choices, either it pledges to use interest rates to stabilise markets, or it imposes capital controls. Given the increasingly authoritarian approach that President Erdogan has taken, capital controls are looking like the most likely choice.”

Investors are also doubtful that the central bank will achieve better policies under Erdogan’s new governor. The bank stated:

“We will continue to use the monetary policy tools effectively in line with its main objective of achieving a permanent fall in inflation.”

Data from Google Trends shows how Bitcoin searches spiked in the country. Besides, citizens are also seeking peer-to-peer exchanges like LocalBitcoin. The recent rush for Bitcoin set the minimum Ask price by over 520,000 TRY.

Bitcoin saw strong resistance levels over the weekend, reaching $59,800, and is currently trading at $57,000. If this aggressive approach by Erdogan further affects the Lira, Turkish citizens may turn to crypto exchanges to buy crypto-assets.