A fast-moving Bitcoiner has run through 7 of 40 countries on his Bitcoin-powered marathon around the world.

Paco the Runner, also known as Paco de la India, set off on Sept. 17, 2021, paying for his entire running trip thanks to all the Bitcoiners around the world. He’s showing that “Bitcoin gives everyone freedom in the way they desire it.”

Paco went from “living a lie on the fiat standard,” to traveling the world living off Bitcoin (BTC) only when a dear friend gifted him the book, The Bitcoin Standard. The reading and subsequent conversations with friends about money and the nature of the world led him down the Bitcoin rabbit hole.

He told Cointelegraph that “once you see it, you can’t unsee it.” He’d been orange pilled:

“It was a full moon night and my friend asked, do I wanna travel the world? I said yes. He says you have to travel on Bitcoin.”

From that moment onward, Paco’s travel plans morphed into a “Bitcoin awareness, mass adoption, and showing the kindness of humans” campaign. He documents the journey and every Bitcoin transaction via travel vlogs and social media updates.

He is keen to “share Bitcoin with people from different walks of life is a blessing. To be able to share the importance of bitcoin compared to shit coins with everyone is like one of the best works.”

So far he has successfully lived off BTC through the first seven countries of his travels. He only uses “cash for public transport.” Nonetheless, the Bitcoin-only journey has not been without hitch.

While visiting Sri Lanka, he lost his “room keys and the hotel owner was upset.”

“I requested for a spare copy and ran to a neighboring town, and there was no electricity. Finally, it came and I asked him will he accept Bitcoin, he said yes. LIKE WTF. BITCOIN KEY MAKER.”

He also recalls the moment he arrived at the Koh Samui in Thailand, an island known for its anti-Bitcoin sentiment. He was scared as it was a new island, 100 km big. Panic set in as Paco thought to himself, how I am going to live on such a large island with no money?

Fortunately, he started walking the island and “In 200 meters I saw a sign that said the place accepts Bitcoin. Like the universe conspired for this to happen.”

“A train ride in India and my neighbor had a Trust wallet, gave him few sats and got me dinner for the night. A guide in India, [who I] convinced him to accept Bitcoin. [In] Cambodia, I went for a pub crawl ad paid for it on Bitcoin.”

The list goes on and on: a banana bread baker in Cambodia, “haircuts, burgers, Tuk-tuk, Dentists,” even a “silver coin” paid for with BTC.

It’s not easy, but Paco recommends that for other aspirational Bitcoin travelers, it’s best to start small:

“Orange pill your neighbor, your favorite shop, bar, cinema, start sharing your sats. It’s easy for them to learn from a known face like yours. Be that little pebble that you throw in the lake and it will create ripples that coming generations will benefit.”

In the meantime, Paco will continue his runs around the world, meeting Bitcoiners and pre-coiners while spending Sats. He concludes, “every step you take now will shape your future.” 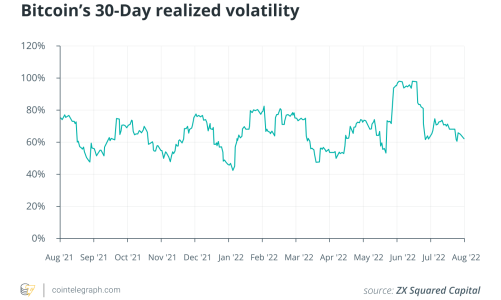