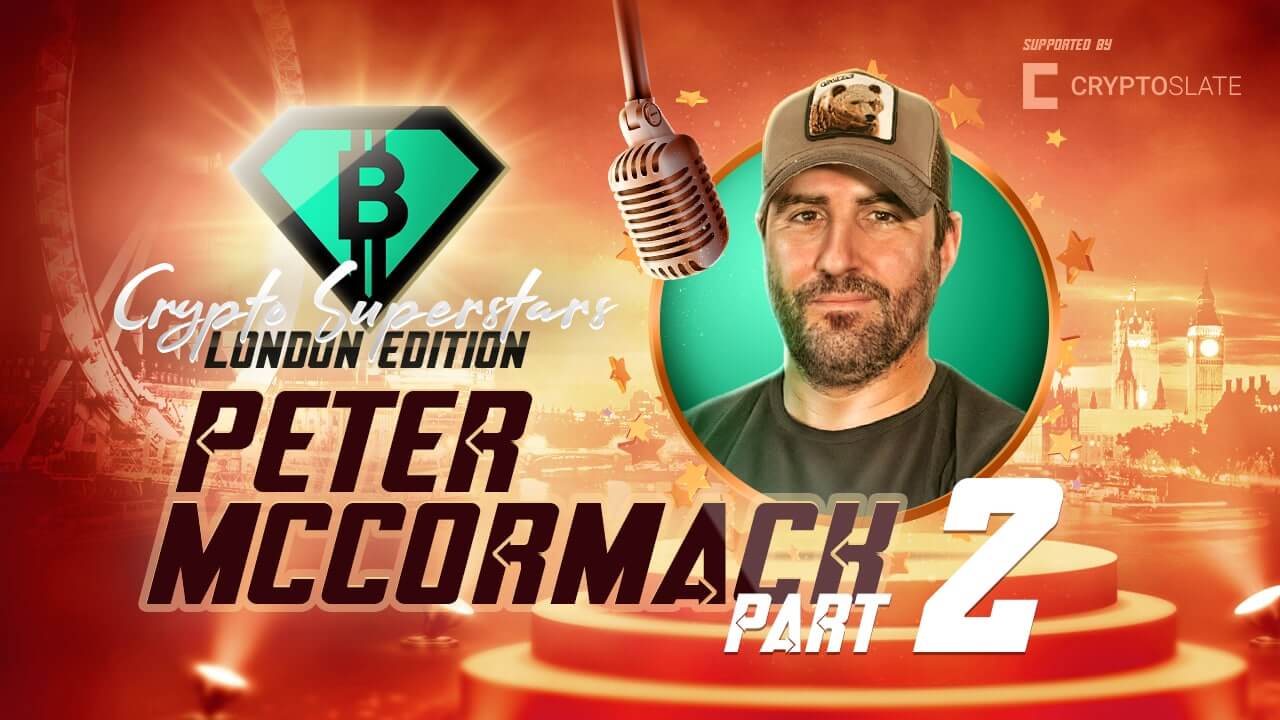 Few people in the public Bitcoin space have made more impact than Peter McCormack, a veteran of the crypto markets and host of the popular ‘What Bitcoin Did’ podcast. The Bitcoin allure—as is with most early crypto users—began back when McCormack discovered the asset could be used in the exchange for goods and services on the dark web, and there was no looking back since.

The episode is one you wouldn’t wanna miss. Here are some impactful quotes from part two of the show.

Monero, but no Ethereum?

“I am kind of a Bitcoin maxi. I mean my life’s work is dedicated to Bitcoin, that’s all I do. I don’t mind Monero. I could see scenarios where I would use Monero because I’m technically not that competent. So me achieving privacy with Bitcoin is quite hard right now. If I wanted to buy certain things, I would use Monero.

“I don’t dislike Ethereum the way some people do you know: I see some benefits of these other blockchains if you want to run a stablecoin, I get it. And stablecoins can be useful. Certain people in certain countries don’t just want Bitcoin, they want the dollar.”

“My problem with Ethereum is when it tries to compete with Bitcoin, I have a fundamental issue for that for a couple of reasons. If you want to have the best money in the world that’s ever existed. The country wants to make it legal tender, and countries want to add it as a reserve asset.”

“You know, people around the world want to hold it. It’s very, very important that you trust that money is going to be hard money. And so what do we mean by that? So the monetary policy (for Bitcoin) isn’t going to change. It’s never changed. It is 21 million coins.”

“With Ethereum, we know the monetary policy has changed a few times. If you want the best money in the world do not want that change. That’s the first point. Second, you want to be maximally decentralized to achieve that. It’s got to be simple. You’ve got to be able to run a node, anyone’s going to be able to run a node. And I know there are some arguments about thier nose, but let’s just be honest, full archive or node. I’m not going to do that. So Ethereum isn’t sound money compared to Bitcoin. It just, it just isn’t.”

Say no to shitcoins

“I don’t bother with shitcoins. It’s like what’s the point? Bitcoin is the hardest, most pristine asset in the world just give me as much of it as you can. That’s like it’s the best investment the hardest money the most important technology for the world all in one.”

(Interested in a short glimpse into McCormack’s life before crypto? Want to know what he feels about the rest of the crypto market? Catch the rest of the Cryptonites podcast right below!)