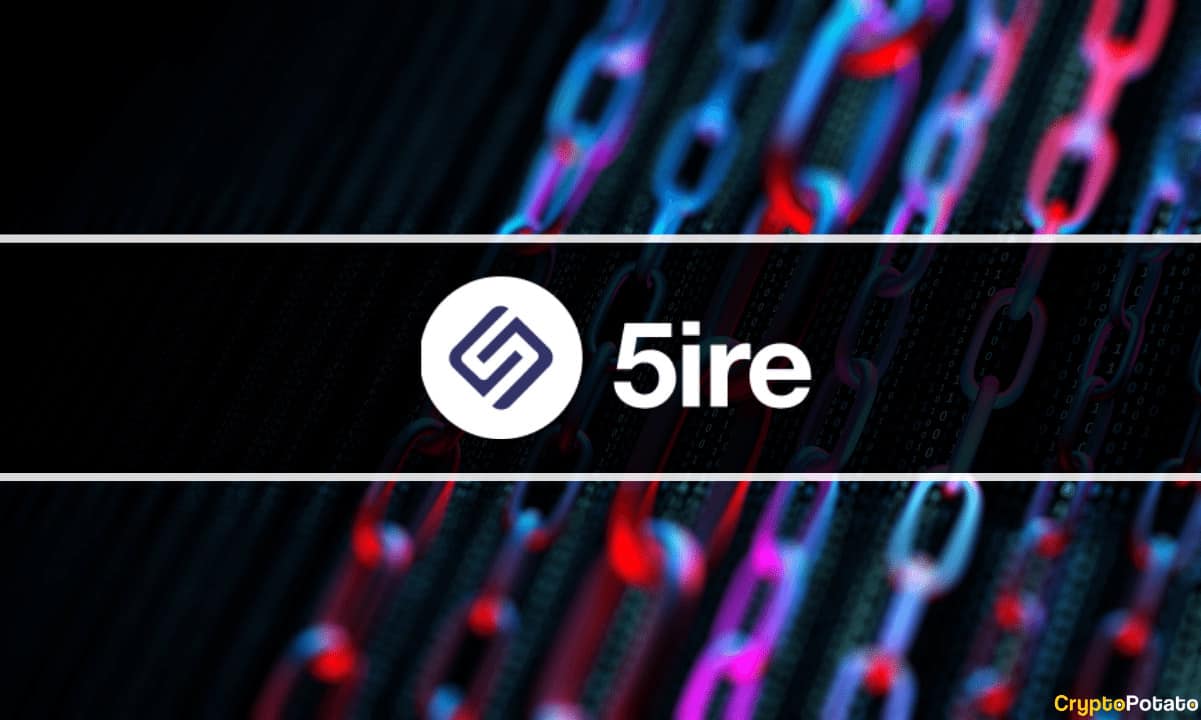 5ire – a London-based layer one blockchain firm – secured a $100 million fundraiser, boosting its valuation to $1.5 billion.

Becoming a Unicorn in Less Than a Year

5ire’s latest fundraiser was led by SRAM & MRAM Group (a leading international conglomerate headquartered in London). The company vowed to use the Series A financing to strengthen its presence in North America, Europe, and Asia. Moreover, the $100 million will aid the firm’s ambitions to welcome more members into its team of 100 employees.

It is worth noting that 5ire’s previous funding happened in October last year when it raised $21 million at a valuation of $110 million. Eight months later, that number has grown to $1.5 billion. Speaking on the rapid development was Co-Founder Pratik Gauri:

“Our valuation jump has come from the fact of 12 pending patents that we have and all the other proof of benefit consensus that we’ve built… The UK-based conglomerate owns about 800 hospitals and a lot of real estate. So we will also get access to a lot of relationship capital.”

The executive further assured that 5ire is on a mission to “shift the current paradigm” and show society that blockchain technology and cryptocurrencies are not only features that could bring profit to investors but also benefit the global financial ecosystem.

The current bear market seems to be an appropriate time when some companies expand their businesses and secure multi-million investments. Last month, the US-based crypto platform – FalconX – raised $150 million in a financing led by B Capital and GIC. As a result, its valuation tapped $8 billion.

FalconX’s CEO – Raghu Yarlagadda – said the organization will use the funds to develop its services and hire more specialists.

Last but not least, the venture capital firm Protagonist launched a $100 million fund that will be distributed to early-stage blockchain firms, emerging gaming companies, and entities that support infrastructure projects in the digital asset ecosystem.

The head of Protagonist – George Bousis – believes cryptocurrencies, blockchain technology, and Decentralized Finance (DeFi) represent the future as they create a bridge between digital and physical assets. As such, companies should focus on those innovations:

“I think that’s where the future is headed, a world where human behavior and experience doesn’t change but should only improve.”