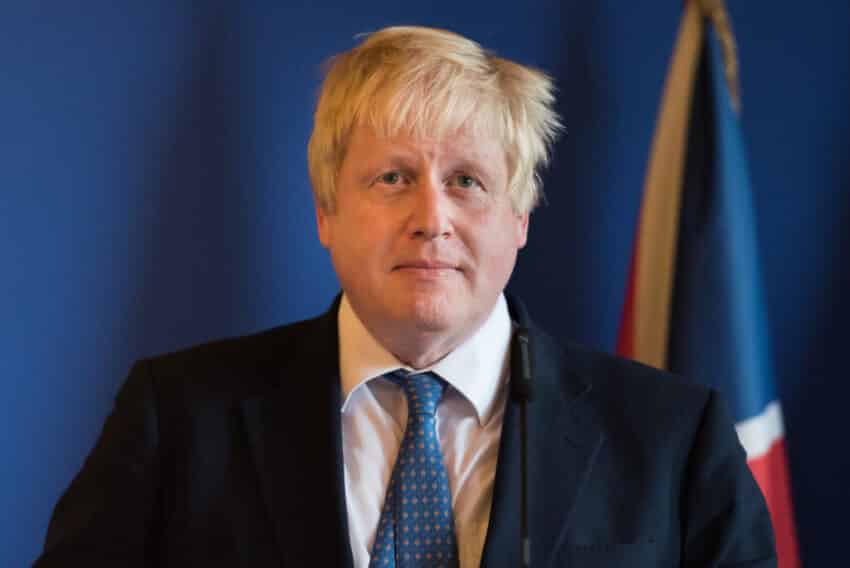 Boris Johnson has urged people to go out and “have fun” as lockdown restrictions are eased and said England was on course for the reopening of shops, pubs and restaurants in a fortnight.

The prime minister said he had not seen anything in the latest coronavirus data “that would cause us to deviate from the roadmap” but urged people to abide by the rules and “remain humble in the face of nature”.

Johnson said it was “great to see” cases falling to levels not experienced since September, with the seven-day average the lowest since September 21. Deaths and hospitalisations are both back where they were in early October and still falling strongly. There were 23 deaths reported yesterday, with two in London.

The prime minister also revealed plans to manufacture 60 million doses of Novavax vaccine in Barnard Castle in Co Durham after striking a deal with GlaxoSmithKline.

Ministers are keen that as many doses as possible are made in Britain to ensure security of supply after threats from Europe about restricting the export of vaccines.

Sir Patrick Vallance, the chief scientific adviser, said that “so far everything is heading in the right direction” for the next phase of easing lockdown restrictions on April 12.

Chris Whitty, the chief medical officer for England, cautioned that a rise in cases was inevitable as the lockdown was eased but said that it “should be modest” if people stuck to distancing rules and met only outdoors.

Vaccination was still a “leaky wall” because older people need a second dose and the “great majority” of cases are in younger, unvaccinated people, Whitty said as he urged grandparents not to hug their grandchildren.

Johnson used a Downing Street press conference to urge people to go out and enjoy the good weather while exercising after the stay-at-home guidance was lifted and restrictions on team sports and meeting outdoors were relaxed.

Britons visited tennis courts, golf courses and lidos yesterday as they took advantage of the easing of the rules on what was the hottest day of the year.

Speaking from the government’s new £2.6 million briefing room in No 9 Downing Street for the first time, the prime minister sought to balance an optimistic celebration of hard-won freedoms with a plea to enjoy them cautiously.

Johnson said: “I don’t see anything in the data right now that would cause us to deviate from the roadmap. But we’ve got to remain humble in the face of nature and we’ve got to be prepared to do whatever it takes to protect the British public.”

He added: “What we don’t know is exactly how strong our fortifications now are, how robust our defences are against another wave. We have seen what is happening with our European friends. Historically at least, there has been a time lag and then we have had a wave ourselves.”

Making the case for the government’s cautious pace, Whitty stressed that although the half of the population most likely to die had been vaccinated, the half most likely to spread the virus had not been.

“The majority of transmission is in younger age groups who have not yet been vaccinated,” he said.

“We therefore anticipate that as there is gradual, unlocking in the way the prime minister has described, it is inevitable that there will be some increase in the number of cases.” He said that if the rise in cases was small there would still be some people who would die and that “if you get a very big wave, that would obviously lead to significant impact. So that’s the reason why the prime minister and ministers have been absolutely determined that this is a slow and steady unlocking”.

He said that since schools went back in full on March 8 there has “been a flattening, and possibly even a slight uptick in transmission among children of school age”. But he said this had not been “dramatic” and a rise in cases at each relaxation had been “anticipated right from the beginning”.

He said that “provided people stick to outdoors, and at a distance — if it’s [meeting] people who are not in their households, the impact in terms of an uptick should be modest”. Johnson urged people to exercise outdoors: “I do hope that we can take advantage of this moment and the beautiful weather to play sports, to take exercise, to have fun and build on national resilience.”

In contrast to his insistence last summer that he would not impose another national lockdown, Johnson said yesterday only that he was hopeful there would be no more, subject to “at least two very important provisos” on people obeying the rules and continued success with vaccination.

“I think overwhelmingly people understand that when it comes to this road map, the better we stick to it, the more cautious we are, the better the chance we have of making sure that it is indeed irreversible.”