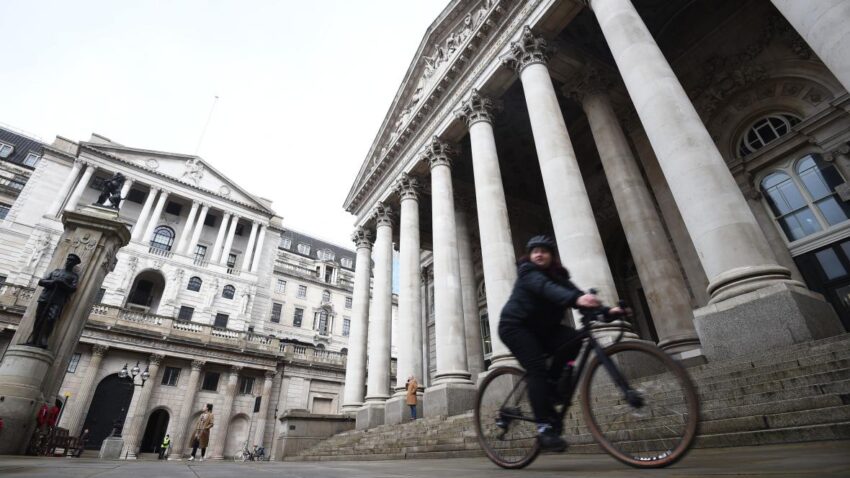 Companies are stockpiling materials to guard against shortages and disruption to their supply chains, the Bank of England has warned.

In their latest report, the Bank of England’s regional agents said that production was coming under pressure because shortages were leading to longer lead times, higher input costs and rising prices.

“There were widespread concerns among contacts about the cost and availability of materials and components,” the report said. “Output in the automotive sector continued to be constrained by the shortage of semiconductors. Contacts in some sectors reported stockpiling of materials and components in anticipation of continued supply chain disruption.”

Global supply chains are under pressure from rapidly rising demand as advanced economies emerge from lockdown. Businesses are being hit with shortages from microchips to building supplies and commodity and transport costs have soared.

“Contacts reported large cost increases for a wide range of inputs, such as agricultural products, construction materials, metals, fuels, petrochemicals, timber and paper,” the Bank said. “This was mostly attributed to global factors, such as a strong recovery in demand and supply chain disruptions caused by plant shutdowns and adverse weather.”

Factory gate prices in Britain are at the highest they have been in nine years and this is feeding through into higher inflation. The consumer prices index is now above the Bank’s 2 per cent target, having tripled to 2.1 per cent in May. Policymakers expect the headline rate to peak at 3 per cent this year.

A report by IHS Markit this week found that the rate of cost inflation had hit a record high for the second month running in June as more than three quarters of respondents said that their costs had increased. This led to higher prices. In response to supply shortages, IHS Markit said that companies were building buffer stocks. Inventories of purchases expanded for a second consecutive month and at the fastest pace all year.

Labour shortages are compounding the problem in the manufacturing and services sectors and employers are having to increase wages to attract workers.

According to a report by the Office for National Statistics, the number of job adverts posted online increased by another 2 per cent last week and is 29 per cent above its pre-pandemic level. It said that “in the northeast and the East Midlands, online job adverts stood at 174 per cent and 163 per cent of their February 2020 average level, respectively. They were relatively weakest in London.”

The shortages are particularly acute in the hospitality sector, which has emerged from lockdown over the past few months. It is now experiencing a rise in pent-up demand. The ONS said that restaurant bookings had risen by 9 per cent last week and were now at 128 per cent of their level in the same week in 2019. Businesses have been calling back staff from furlough to help to cope with demand. At 6 per cent, the proportion of workers on furlough is at the lowest since the scheme was created. About 1.5 million people are still on furlough.