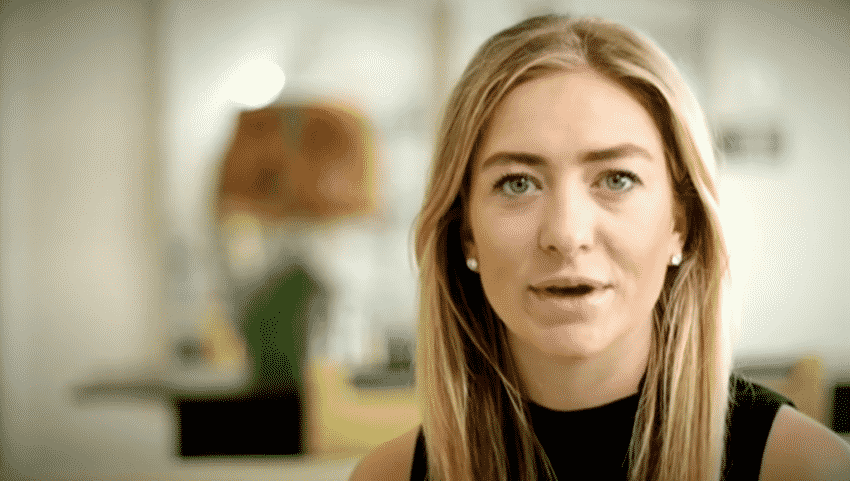 Herd’s wealth jumped from £362million to £1.1billion as her firm celebrated a stellar first-day trading performance on Wall Street, with shares soaring nearly 80 per cent on their stock market debut.

Shares started trading at $76 on the Nasdaq – considerably higher than the $43 which the company had sold shares to public investors the night before.

The company now has a market cap of £10billion despite recent results showing that it swung to a loss of £85million in the first nine months of last year on revenues of £302million.

Former Tinder executive Wolfe Herd founded Bumble in 2014. Her app was heralded as a game changer in the usually predatory world of online dating as it lets women pick the men rather than vice versa.

The app has the tag line ‘by women, for women’, touting it as a place where women are safe and empowered, and where harassment is rigorously policed.

The IPO puts Wolfe Herd into a very rare club of female billionaires. While women make up about half of the global population, self-made women account for fewer than 5 per cent of the world’s 500 biggest fortunes.

She is married to Texas oil heir Michael Herd. They met while skiing in 2013 and had a three-day wedding on Italy’s Amalfi Coast in 2017.

A self-confessed workaholic, she has claimed to wake up every two hours during the night to check her inbox. ‘I’m trying to stop that,’ she said in 2017. ‘I get no downtime.’