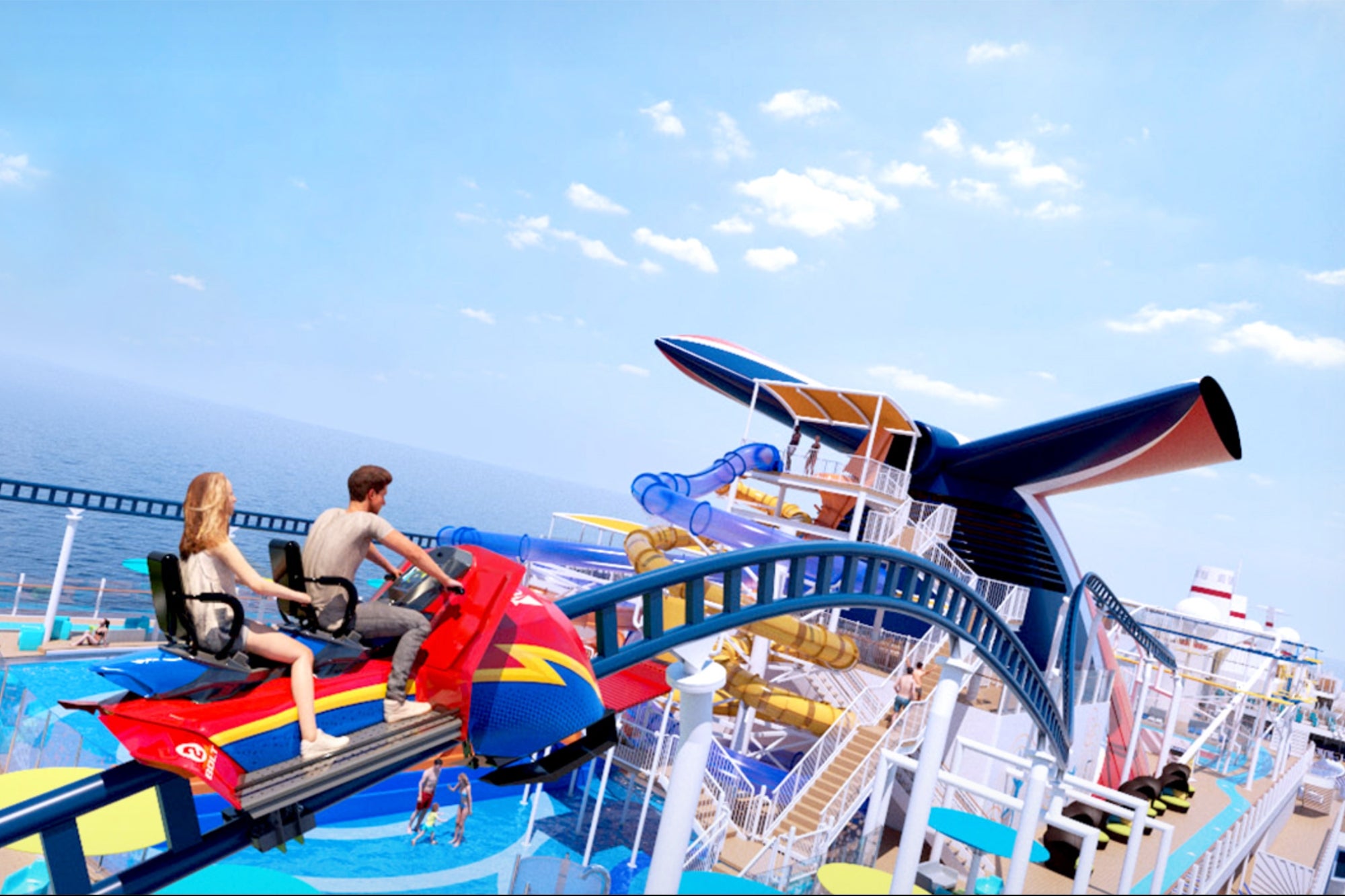 The ship is the first powered by liquefied natural gas (LNG) to sail from a U.S. port.

One of the ship’s biggest draws is BOLT, the first roller coaster at sea.

The electric open-air ride lets riders control their speed — up to 40 miles per hour — while enjoying views of the water 187 feet below.

“BOLT is the most-talked about feature on our most highly anticipated ship and we can’t wait for our guests to check out this amazing new attraction.”

The roller coaster is part of the Mardi Gras’ Ultimate Playground zone which includes a huge water park with three slides, mini golf and a suspended ropes course.

There are 5 additional zones for passengers to explore including an Italian-themed La Piazza.

The Mardi Gras will remain in the homeport of Port Canaveral, one of the three ports the CDC approved Carnival to operate.

The massive ship, which arrived to crowds of cruise enthusiasts and curious viewers who packed Jetty Park for a glimpse, has 18 decks and can house more than 6,300 passengers according to cruisemapper.com.

Carnival hasn’t released an exact launch date but the Mardi Gras is scheduled to set sail later this year.