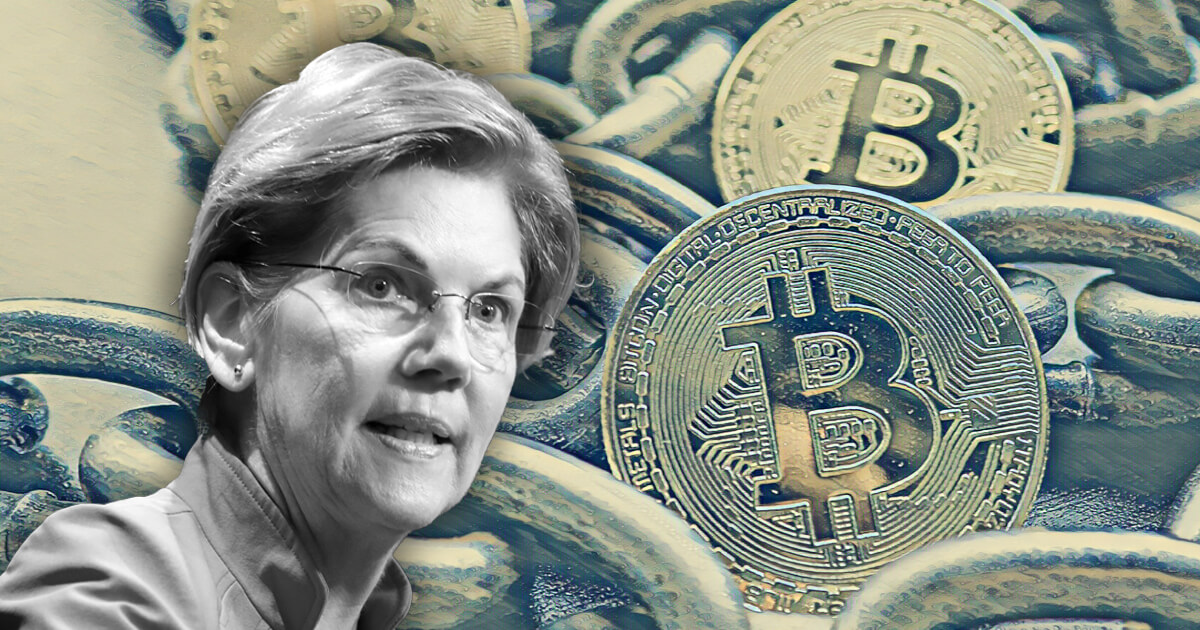 In a recent interview, Senator Warren said crypto had become a haven for illegal activity. But Mashinsky’s analysis of the situation highlights the extent of Senator Warren’s misconceptions.

The FUD surrounding Bitcoin has been intense in recent weeks. Things began with Elon Musk citing the environmental damage caused by coal-fueled mining.

More recently, the Tesla CEO said he would re-accept Bitcoin if most miners go green. This is despite studies that show three-quarters of Bitcoin miners already use renewable sources.

This episode was closely followed by reports that China had cracked down on Bitcoin, again. Chinese authorities are considering proposals to stop mining activity in Inner Mongolia.

The current topic of fear and doubt relates to cybercriminals, as embodied by the Colonial Pipeline hack in which the firm paid hackers $4.4 million in Bitcoin. And again, with the attack on meat suppliers JBS, which paid out $11 million in Bitcoin to hackers.

In response, the popular press and several political figures have stepped up their vilification of Bitcoin and cryptocurrencies.

U.S. Senator Warren chimed in with a scathing account of cryptocurrency by saying criminals use it to conduct their business. She added that crypto’s key feature, its secrecy, makes criminality easier.

“Crypto has become a haven for illegal activity. Online theft, drug trafficking, ransom attacks, and other illegal activity have all been made easier with crypto. Experts estimate that last year more than $412 million was paid to criminals in ransom through cryptocurrencies,” the senator said.

Mashinsky didn’t deny that criminals use cryptocurrency. Instead, he said cryptocurrencies, like Bitcoin, are simply a tool, like a hammer, which is neither a good nor a bad thing.

Referring to Senator Warren’s calls for more regulation, Mashinsky said treating crypto like a hammer that breaks windows will hold the U.S back as far as leading the industry is concerned. He added that China is already years ahead in this regard.

What’s more, in addressing Senator Warren’s $412 million figure paid to criminals in cryptocurrency, Mashinsky said this figure is a drop in the ocean compared to dollar criminality. Especially criminality perpetrated by banks in money laundering.

“For every dollar that is used in Bitcoin for illicit activities, I would bet you that there’s $100 that are used in dollars for the same illicit activity. So, the largest banks in the world pay, I think, $16 billion in penalties, just in penalties for money laundering last year.”

The political reaction of “regulating the space” isn’t the optimal response as there are much more nuanced considerations to think about.

As Mashinsky alludes to, the scale of criminality in legacy finance should be prioritized before considering what to do with crypto from a legal point of view.