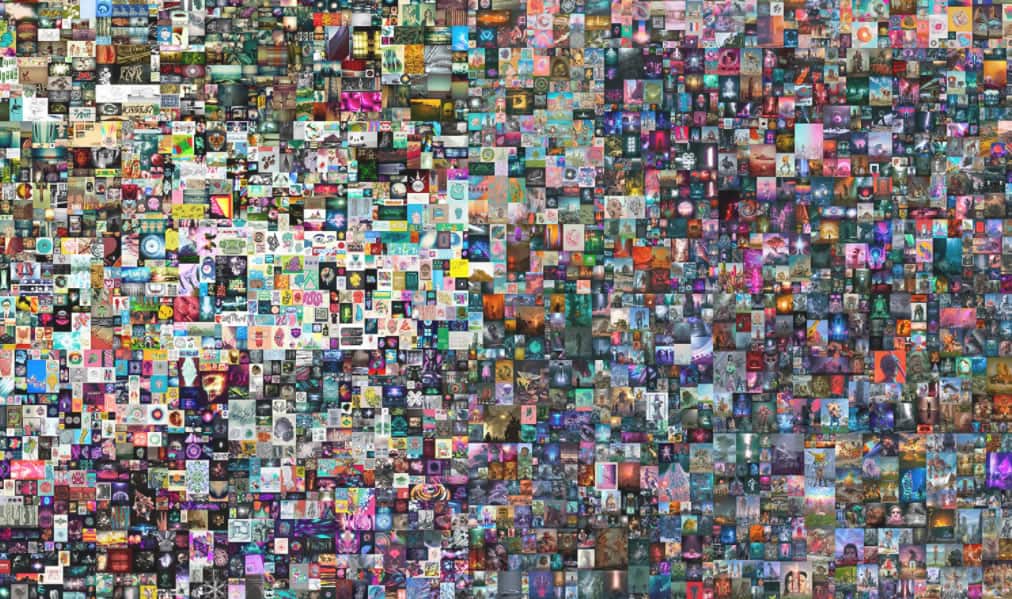 The NFT artwork has been created by legendary crypto artist Beeple, aka Mike Winkelmann, over a period of 13 years, hence the title ‘EVERYDAYS: THE FIRST 5000 DAYS’.

The unique work is a collage of images that Beeple has posted every day since mid-2007 and it has attracted a monumental bid of $9.75 million with just a day to go in the inaugural Christie’s NFT auction.

The world-renowned auction house posted that there was massive interest within the first week after it was listed on Feb. 25 for $100.

In a week since going live, @beeple‘s ‘First 5000 Days’ has climbed from a staring bid of $100 to $3.5 million. Tune in to see what happens in the final week at https://t.co/HlySLocQap. #NFTs @makersplaceco

It is likely that the bidding will heat up even further as the auction nears its close if previous large NFT sales are anything to go by.

“Christie’s has never offered a new media artwork of this scale or importance before. Acquiring Beeple’s work is a unique opportunity to own an entry in the blockchain itself created by one of the world’s leading digital artists.”

Also a first for the auction house is receiving payment in Ethereum, which at the current bid would work out at 5,500 ETH.

In the mind bending piece Beeple has stitched together recurring themes and color schemes into an aesthetic whole. Individual works are in vaguely chronological order and zooming in reveals each piece in turn. Christie’s described it further:

“Recurring themes include society’s obsession with and fear of technology; the desire for and resentment of wealth; and America’s recent political turbulence.”

The man himself commented:

“I almost look at it now as though I’m a political cartoonist. Except instead of doing sketches, I’m using the most advanced 3D tools to make comments on current events, almost in real time.”

The legendary crypto artist sold a piece called ‘Crossroads’ in February for a whopping $6.6 million on the Nifty Gateway NFT marketplace.

The digitally animated piece was inspired by the 2020 U.S. presidential elections and designed to feature one of two versions depending on the outcome of the election – one a triumphant Trump, the other a forgotten defeated one which is what actually shows.

In February, a NFT digital art collection sold for $777,777 which was the previous record before Beeple obliterated it.