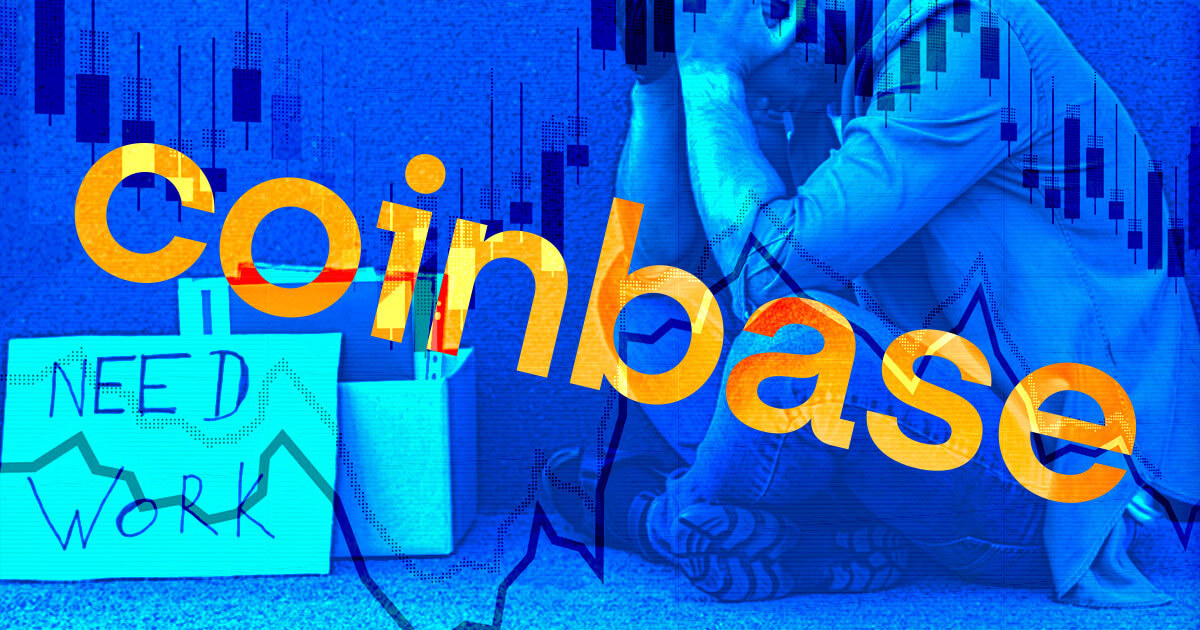 Coinbase announced that it un-hired some of the new recruits and is suspending further job offers for the foreseeable future to navigate the bear market conditions better and emerge stronger.

The company informed the cancellation by sending an e-mail to the new hires, signed by Coinbase’s Chief People Officer, L.J. Brock. The e-mail stated that the company changed its hiring plans due to rapidly changing market conditions and that the recipient will no longer be starting their new position at Coinbase.

Coinbase offered a severance payment of two months’ salary and established a talent hub to help the un-hired look for a new position elsewhere to compensate for the inconvenience.

One recipient published the e-mail and criticized Coinbase for being unprofessional. He told Insider:

“They told me they’re going offer me training to help me find new jobs. I don’t need that […] I’m very bitter with how there were no details and lack of documentation over how they came to this decision,”

It is unknown how many recruits received the rescinding e-mail.

The un-hiring spree attracted attention on Twitter as well. Angel investor Jason Choi stepped up to help out the affected ones. He tweeted:

If you were recently rugged by Coinbase, DM me with your qualifications + ideal role and I’ll do my best to help https://t.co/T4WQg9stXl

In May 2022, Coinbase’s first quarter of 2022 earnings report was released, which included bankruptcy wording that triggered the community.

Specifically, the document said that users’ funds could be considered the property of a bankrupt estate. If Coinbase goes bankrupt, these funds would be subject to bankruptcy proceedings.

In addition, a 40% drop was recorded in Coinbase’s trading volume for the first quarter of 2022. The dropping volume and bankruptcy wording raised the question if Coinbase was going bankrupt or not.

Coinbase’s CEO Brian Armstrong spoke a few days later and addressed those concerns. He dismissed the concerns about bankruptcy and said:

“I’ve never been more bullish on where we are as a company. And I think it’s really important to separate our performance, how are we executing towards our goals versus how is the broader market doing.”

He ended his words by saying that Coinbase will keep building regardless of the market direction.

However, other signs might show Coinbase is having problems. A few days after Armstrong’s speech, Coinbase’s Chief Product Officer Surojit Chatterjee said the company is increasing its focus on critical revenue-generating products.

Moreover, Coinbase’s recent announcement says that headcount is one of the ways for the company to manage its costs. Therefore the un-hiring decision was a prudent one given current market conditions.

Should we expect a firing spree?

Coinbase announced its decision to un-hire and suspend further hiring after another cryptocurrency exchange platform, Gemini.

On June 2, Gemini’s founders sent a company memo to employees to notify them that 10% of its staff will be dismissed to survive the crypto winter.

Giving the same reasons as Coinbase, Gemini said that the falling prices, geopolitical turmoil, and stagnating development affected everyone in the industry, including Gemini.