was trading higher Thursday as shares of the supply-chain management software maker continued working on a flat base. 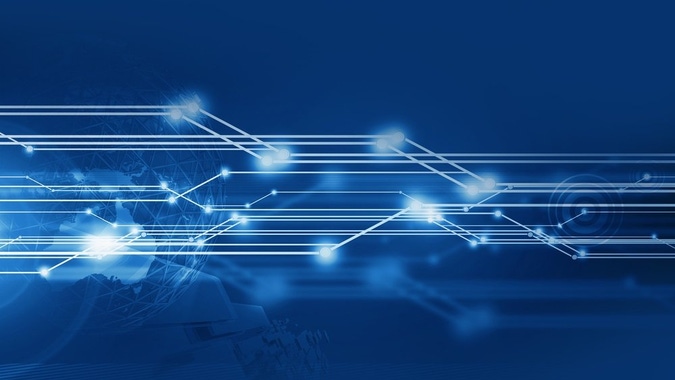 The Canada-based company offers solutions for the shipping-industry customers to better communicate with each other.

Descartes’ flagship product is the Global Logistics Network. According to the company’s own description, Global Logistics Network “manages the real-time flow of commercial, logistics, customs and product information. It connects hundreds of thousands of logistics and transportation, manufacturing, distribution, retail, government, and e-commerce businesses in over 160 countries.”

The network connects carriers, shippers, governments and other parties, such as brokers and forwarders.

The sales strategy appears to be working. In the past four quarters, revenue growth accelerated from 4% to 24%. During that time, earnings grew from 20% to 125%, increasing each quarter.

The company is slated to report its third quarter on December 1, after the market close. Analysts are expecting earnings of $0.23 per share on revenue of $108.46 million, which would mark year-over-year increases on both the top- and bottom lines.

Last month, the company said its MacroPoint Capacity Network now covers more than a million truckload transportation lanes in the U.S. and Canada.

The MacroPoint Capacity Network helps freight brokers locate carrier capacity for customer loads, even in markets and regions with limited capacity or in new lanes where shippers may not already have an existing carrier network.

“By using machine learning to match potential carriers in near real-time to open loads, the solution helps brokers to better rank carrier matches,” according to the company. “Brokers can send load offers to carriers either manually or automatically via configurable business rules that can incorporate considerations such as market indicators, pricing and company preference notifications. Through this use of intelligent automation, brokers have achieved on average 15 times more loads matched than processed manually.”

Clearly, in today’s tight supply-chain environment, this is the type of service that can help speed the movement of goods.

Since the company’s second-quarter report on September 8, eight analysts boosted their price target or reiterated a “buy” rating.

Mid-session Thursday, the stock was trading at $86.17.

So what does it mean for a stock’s prospects if it’s essentially met its consensus price target already? Should you avoid a buy right now?

Price targets reflect what analysts estimate a stock’s price will be after a particular time frame, generally in the range of one year to 18 months. Price targets may be raised (or lowered) at any time. These targets are based on what analysts’ estimates for the company’s earnings and cash flow over the next one to two years.

The base structure is also an indicator of the stock’s future potential. It’s been forming a flat base with a 12% correction below a September 23 high of $87.46. While forming this base, the stock successfully tested its 50-day line twice. It’s been trending higher along that line since the most recent test on October 27.

Currently, the buy point remains that September high, or just below it, as a short-term trend line indicates. One looming risk, of course, is the December 1 earnings report. It’s possible this stock could be a short-term swing trade before the report, but more conservative investors and traders may want to wait until the earnings report to be sure nothing causes a selloff.