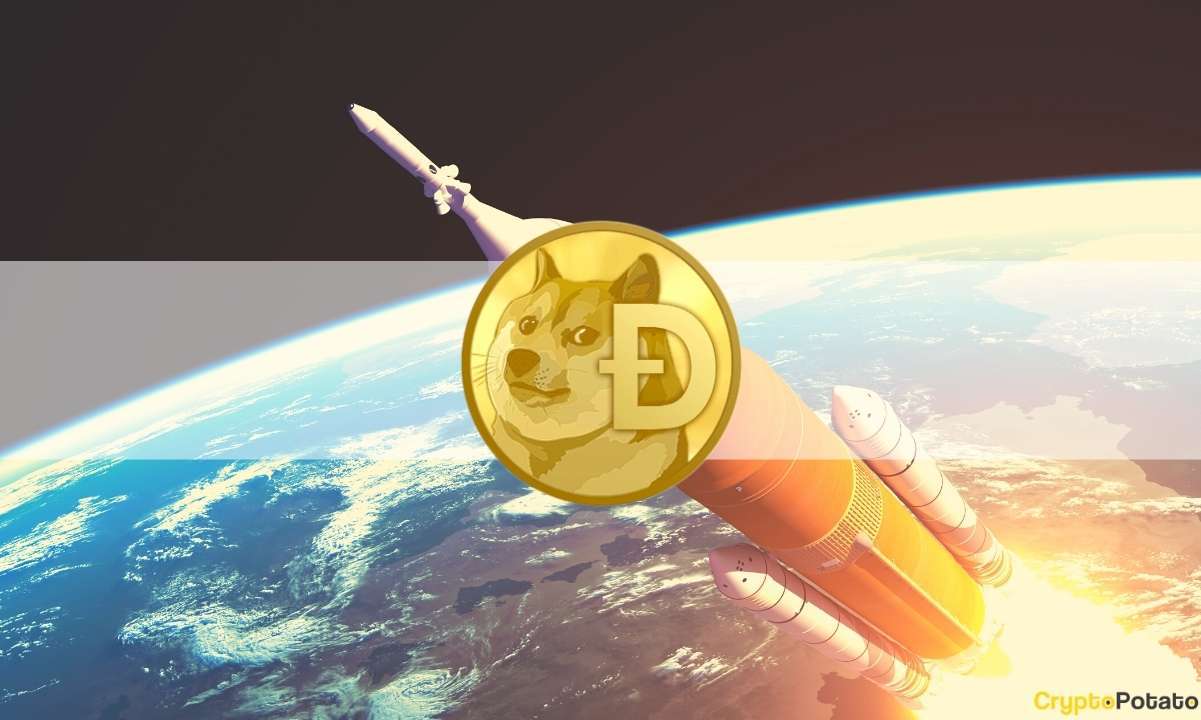 In what is set to be the largest and most high-profile DOGE transaction in history, SpaceX has accepted DOGE as payment from Geometric Energy Corporation to launch a Dogecoin-themed rocket to the moon (literally).

Dogecoin To The Moon

‘To the moon’ is a common figure of speech in the cryptocurrency world denoting future price action (ie. the speaker wishes for the coin to reach new heights).

As a tongue-in-cheek joke, Geometric Energy Corporation took this quite literally and has decided to send a SpaceX rocket loaded with real Dogecoins to Earth’s only natural satellite, the moon.

Elon Musk noted on Twitter that Dogecoin would become the first cryptocurrency in space (and also the first meme in space), which some see as historically valuable.

SpaceX launching satellite Doge-1 to the moon next year.

– Mission paid for in Doge

To the mooooonnn!! – Tweeted Musk.

Dogecoin shot up swiftly on the news – albeit not quite surpassing the previous highs it had reached before the SNL tumble.

This transaction was obviously a publicity stunt of some sort and doesn’t really add much utility to DOGE for the average person.

However, it has undeniably cemented Dogecoin’s legacy in the space world and has certainly added a little bit to its overall credibility as a currency. Musk admits that Dogecoin is just a ‘hustle’ and a ‘meme’: but that might not necessarily stop it from going to the moon anyway, both literally and metaphorically.

At the time of this writing, the meme-inspired cryptocurrency is trading at around $0.54, up 42.9% on the week and 1% over the past 24 hours. It sits on a market cap of around $70 billion and is the 5th largest cryptocurrency. Ripple’s XRP managed to reclaim its position, overtaking DOGE for the 4th spot.