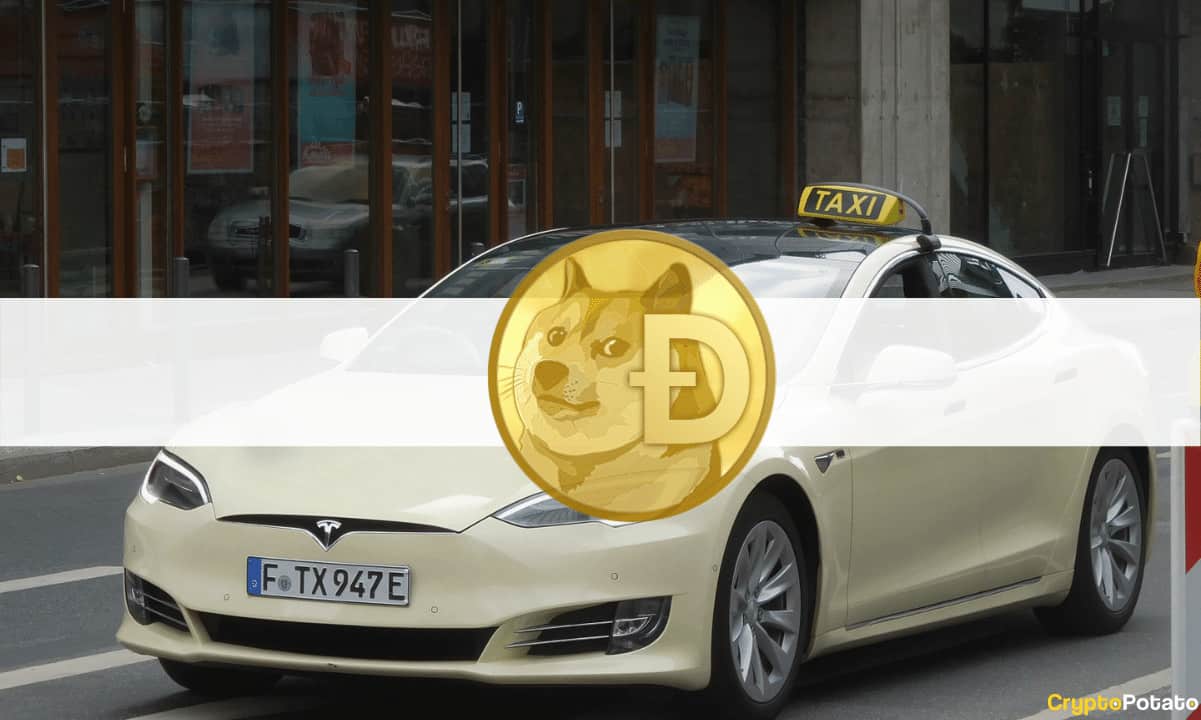 The story between Dogecoin and Tesla has a new, somewhat unexpected development coming from Europe. A German taxi company that has only Tesla cars has enabled its customers to use DOGE to pay for their rides.

CryptoPotato reached out to the firm, called Tesla Taxi Aschaffenburg, to check out why it went that doggy road, what’s the endgame, and are people actually using the meme coin as a payment method.

Use Dogecoin to Pay for Tesla Taxis in Germany

The Germany-based taxi firm using only Tesla cars made the announcement on Reddit earlier this week. It reads that the company has become the “first Taxi in Germany to accept Dogecoin as payment.”

A subsequent post provided more details, indicating that customers wanting to use the Shiba Inu-inspired meme coin need to have installed a digital asset wallet. They can use it to send the value of the trip converted before, during, or after, but they need to cover the fees if such exist.

Stefan Muller, the company’s owner, explained to CryptoPotato that the decision was initially just a “cool marketing idea for our business.” However, the original Reddit post started trending, leading to more and more people wanting to actually use the meme coin for their trips.

It’s also worth noting that the company accepts the two largest cryptocurrencies by market cap – bitcoin and ether – but it has focused more on DOGE due to the recent price and popularity boost.

Inspired by the Next Generation and Elon Musk

Muller further outlined that the initial idea to include Dogecoin as a payment method came from his son, who is very “interested in DOGE and has money invested in it for months.”

Moreover, his son’s inspiration to get into the meme coin came from Tesla’s CEO – Elon Musk. The billionaire is arguably the most prominent Dogecoin supporter, especially since the start of the year.

While his relationship with the primary cryptocurrency is controversial, to say the least, Musk has frequently displayed a favorable approach towards DOGE. From talking about it on Saturday Night Live to promising to take it to space to working with developers on how to enhance the network and everything in between.

Being such an influential figure with hundreds of millions of followers, his words reached other celebrities, and the snowball effect started. Tesla Taxi Aschaffenburg is yet another name to enable DOGE payments. Another previous example came from Mark Cuban’s NBA team – the Dallas Mavericks.