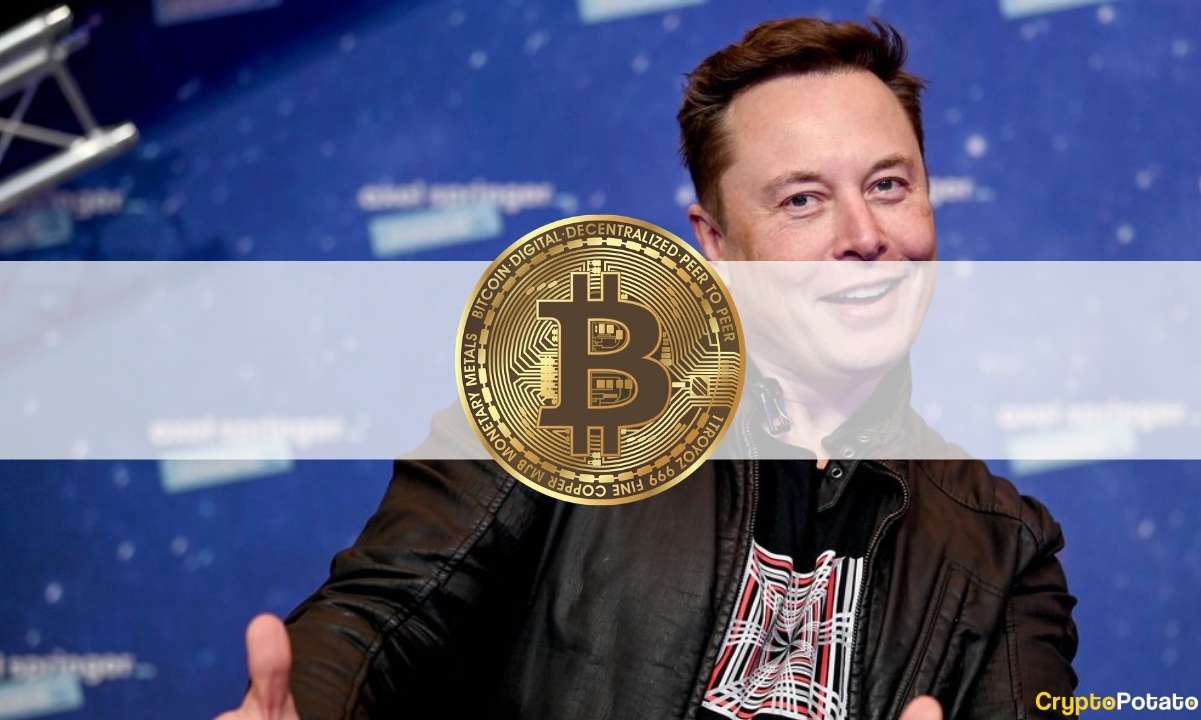 Bitcoin is trading more or less where it was a week ago, following another seven days of choppy price actions. This time, however, it seems that it was an event that propelled its most recent decline and the catalyst was no other but Elon Musk.

Last weekend kicked off with a crash towards $33K on Saturday, followed by an increase and yet another decline to roughly around the same area on Monday. As the workweek began, the price started recovering, and it reached well over $37,000 on Tuesday. Following a few days of consolidation, bitcoin peaked at slightly below $40K on Thursday, leading into Bitcoin 2021 – the biggest BTC-oriented conference that currently takes place in Miami.

Nevertheless, today, Elon Musk took matters into his own hands and came up with yet another tweet bearing little to no evident sense. The billionaire entrepreneur simply tweeted a brokenhearted emoji followed by a couple of memes about Bitcoin. After this, the price took a nosedive and plunged to about $35.5K, losing about $4,000 of its value.

Despite the recent recovery, bitcoin’s price is almost 5% down on the day, while the majority of altcoins follow suit. The important thing to consider, though, is that despite the brief decline over the last day, the altcoins, unlike BTC, are mostly in the green. ETH is up about 7%, BNB is up about 18%, ADA is up about 13.2%, and so forth.

This goes to show that over the past seven days, bitcoin was unable to capitalize as much as altcoins did, which subsequently resulted in a decline of the BTC dominance index by about 2%.

Elsewhere, the Bitcoin 2021 conference is currently taking place in Miami, featuring some well-known names such as the Winklevoss Twins, Jack Dorsey, Michael Saylor, Max Keiser, and so forth. CryptoPotato is at the event, covering live.

This Week’s Crypto Headlines You Better Not Miss

Miami’s Mayor Bought Bitcoin Below $40K and ETH at $1.5K. Francis Suarez, the mayor of Miami, is well known for his bullish stance on Bitcoin and technology in general. He recently revealed that he first bought BTC when the price was about $40,000 and ETH when it was at $1.5k.

Apple’s Co-Founder Steve Wozniak Loses Bitcoin Scam Case Against YouTube. Steve Wozniak has lost the legal case that he had against the content platform YouTube. Apple’s co-founder argued that it was failing to prevent bitcoin scams leading to many people losing money.

Biden Administration to Trace Cryptocurrency Transactions to Prevent Ransomware Attacks. The administration under the current US President – Joe Biden – plans to tighten the grip around the growing threat of ransomware attacks. To do so, it intends to focus on cryptocurrencies in light of the most recent instances of such hacks.

Google Removes Its 2018 Ban on Cryptocurrency Wallets and Exchange Ads. The leading search engine, Google, has finally removed the ban that it had placed on cryptocurrency exchange and wallet ads. According to the documents, the company will update its financial products and services policy in August.

This week we have a chart analysis of Bitcoin, Ethereum, Ripple, Cardano, and Solana – click here for the full price analysis.