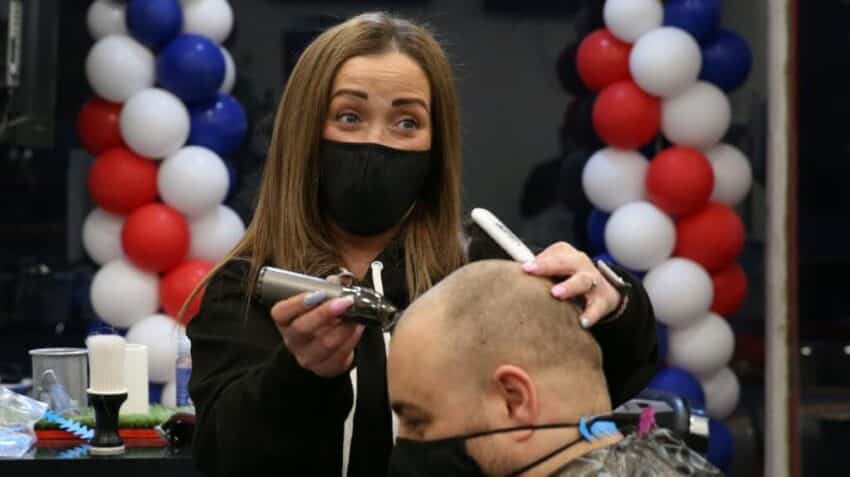 Hiring activity picked up at its fastest pace in almost six years last month as companies prepared for the national lockdown to ease, a survey of employers has found.

With pubs and restaurants allowed to serve customers outdoors and shops, hairdressers and gyms reopening from April 12, employers stepped up their recruitment plans. For the first month this year, permanent starting salaries increased. Temporary salaries also rose in March at the fastest rates since December 2019.

The March report on jobs from KPMG, the accountancy firm, and the Recruitment & Employment Confederation found that plans to lift lockdown had “led to a marked improvement in recruitment activity”.

Unemployment has dropped to 5 per cent since the government extended the furlough scheme, which now supports 4.7 million workers, 200,000 fewer than in January. The number of workers on furlough dropped to 2.5 million in October last year.

Economists said that real-time data offered some hope for a rapid rebound as the economy reopens. Jefferies, the investment bank, is tracking activity data that is now at 79 per cent of pre-Covid levels, roughly where it was in September last year. Hiring activity was at 91 per cent of pre-pandemic levels and “once again near its 12-month high”, Jefferies said. Traffic congestion is at 95 per cent of pre-cornavirus levels and public transport use is up to 54 per cent of normal levels.

“Curtailing international travel should ensure that more of the excess savings that have been built up are spent domestically this summer,” David Owen, chief European economist at Jefferies, said.

“With more of the economy opening up, household savings being run down and the fact that inventories fell to historically low levels in March, there is a good chance that UK GDP and unemployment rates end up in a similar place to the US in 2022,” he added.