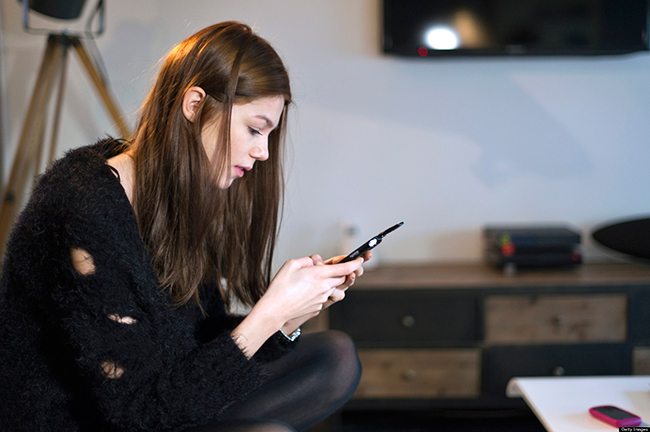 There’s an app for that! If you have encountered a problem and searched for a solution recently, you’ve surely heard the expression.

Apps – or software-based solutions to be precise – are becoming more common. Everyone is developing an app to solve one user problem or another.

Apps are also commonly used to achieve business objectives. A retail store can now develop their own shopping app rather than using an existing marketplace app. Bigger brands turn to mobile apps as a way to deliver their loyalty program experience to customers.

Even smaller businesses are investing in apps, and many of them share the same functionalities. There is nothing wrong with creating a native app for your business, but before you do, there are a few things that you need to understand first.

It’s Not Just the Development

One of the first things to note about developing an app for your business is the fact that it is never only about the development of the app. Developing an app is just the beginning. You still need to think about deploying the app and providing support infrastructure for it.

That’s not all either. The app needs to be maintained. When you first release your business app, there will be user complaints and bugs to deal with. The development team needs to listen to the customers and fix those errors.

Long-term maintenance and running costs are also to be expected. As mentioned before, it is never just about the cost of developing the app. Make sure you take into account these factors before deciding to develop a native app for your business.

It Needs to Deliver Value

Many businesses still develop an app just for the sake of having one. Apps are great for branding and marketing, but they still need to please users to deliver a good return on investment (ROI). Without the app being genuinely useful, users will not be engaged.

The app needs to deliver real value to users. Just like how we start this article, developing an app for your business needs to be about solving problems that users actually have. The problems can be anything, as long as they are common and important enough to solve.

For example, you can develop an app to make buying your products easier. For some users, being able to buy a frequently used product without going through multiple checkout steps is a plus. That’s a problem worth saving if a lot of your customers face it.

It Needs to Be Simple

Next, we have the problem with complexity. Many app development projects turned out to be failures because they ended up with apps that were too complicated for the users. There is a good reason for this too: the businesses or developers tried to add as many features as possible.

Yes, app development is about bringing value to the audience, but that doesn’t mean you have to add as many features as possible. In fact, you need to do the opposite in most cases. What you want is an app that has one or two key features, but an app that delivers those key features very well.

The app needs to be simple to use and displaying a lot of buttons for a lot of functions is not how you do simple. Besides, the more features you add, the more expensive the development project – and maintaining the app in the long run – will be.

It Needs to Be Good

Aside from being simple, the app also needs to be good. Before you decide that the app is ready to be released, you have to be extra certain that it will work seamlessly and deliver a positive user experience. This is where mobile app testing comes in handy.

There are a lot of ways to do mobile app testing. There are also tools that help automate the process, plus you can perform multiple tests to check the app from different points of view. Testing also needs to happen earlier in the development process.

Global App Testing has mobile app testing solutions that help solve many – if not all – of these challenges. You can automate testing, integrate testing earlier in the development phase, and even expand the scope of your testing to make sure that the final app is good in the eyes of users.

It Cannot Please Everyone

Don’t, and I do mean DON’T, try to please multiple user segments. You will end up with an app that pleases no one. You cannot expect the app to cater to the needs of everyone. That’s not how you want to approach an app development project either.

Before designing the user journey for the app, do an in-depth research on the target users you want to reach. Figure out the apps they frequently use, their interests, their tendencies when using mobile devices, and other key characteristics.

The more you know about your target users, the more you can be specific when developing the app. Even choosing which features to add and how to best design the UX flow for the app will be a lot easier when you base the decisions on good understanding of the target users.

App development costs money, even when you rely on an in-house development team. You still have to recruit developers, UX/UI designers, DevOps specialists, and other engineers to get the project started. Hiring an app development firm or agency reduces these overheads, but the cost is still there.

Money is not the only resource that an app development project consumes. Team members from multiple departments need to be involved in the process too, which means the project will consume their time. For example, the sales team must determine the best way to add a paywall.

Keeping the apps running presents a similar challenge. When the app relies on a database to function, you know that you have to host that database in a cloud infrastructure. The app also needs to be monitored, plus you have to provide users with support.

It Needs to Be Marketed

There seems to be a big misconception that creating an app helps boost sales. It does, but not without some effort being put into marketing the app. Many businesses make the mistake of releasing their apps without proper marketing and expecting users to come on their own; it doesn’t work that way.

You still have to market the app in the right way. Even before the app is released, share behind-the-scenes stories and get users excited about the app itself. Create pre-launch promotional offers and make sure you get users involved in designing and developing the app.

Listen to feedback from a small group of potential users and let them share more stories about the app. When the app is finally released, invest in ads and performance marketing to allow the app to gain traction and acquire users early.

These are all the things you need to know about developing an app for your business. Keep in mind that the market is filled with apps from other businesses, so these are the key points that you need to pay attention to in order to create an app that stands out. When you do, however, you will have an app that doesn’t just attract users and keep them happy, but also converts them into loyal customers as well.