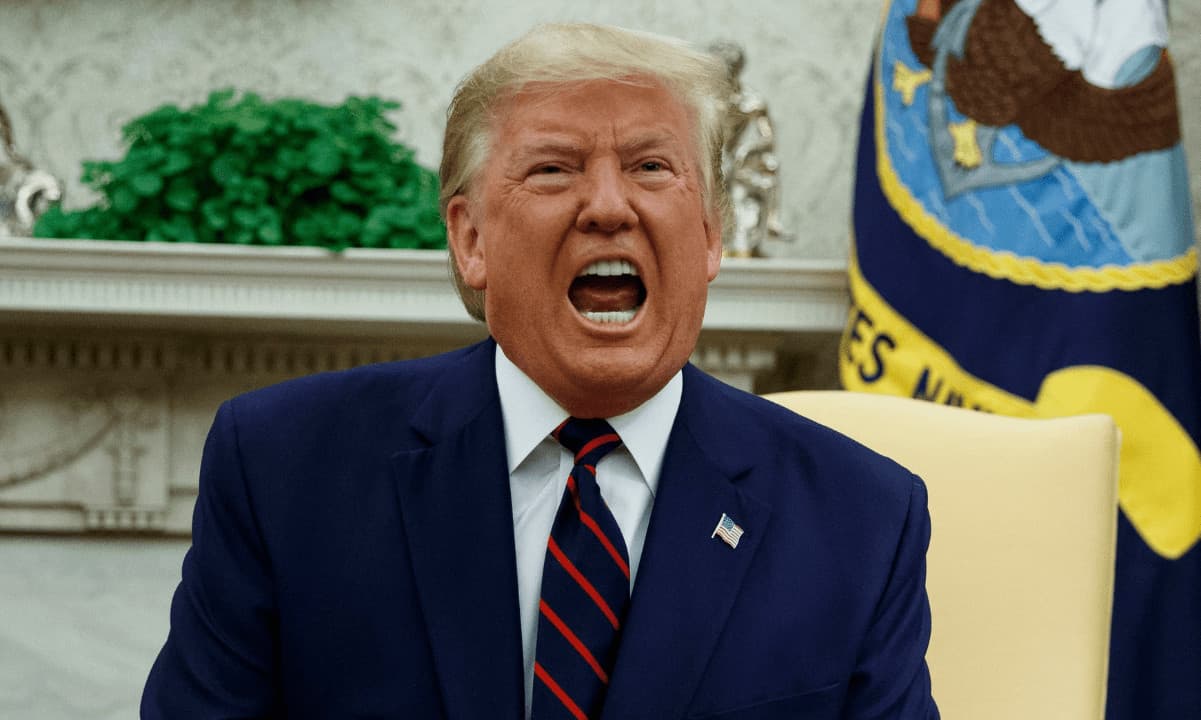 Former US President Donald Trump is no fan of cryptocurrencies, and he is making that known once again. The only currency he wants is the US Dollar.

Trump has been a critic of cryptocurrencies for quite some time now, and this outlook isn’t changing anytime soon. Even if the former FLOTUS Melania Trump has warmed up to the idea of NFT and digital assets, her husband still believes that cryptocurrencies are dangerous.

Donald Trump Weighs on Crypto: Still Not a Big Fan

In a recent interview with Fox Business, Donald Trump revealed that he never liked Bitcoin and other cryptocurrencies. Like many other critics and naysayers, Trump didn’t go to lengths to explain why he thinks investing in those assets can be dangerous. He said,

“I never loved it because I like to have the Dollar. I think the currency should be the Dollar. So, I was never a big fan. But it is spilling up bigger and bigger. Nobody is doing anything about it. I don’t want to have all these other (cryptocurrencies). There could be an explosion someday, the likes of which we’ve never seen. It will make the big tech explosion look like baby stuff. I think it’s a very dangerous thing”

Trump may have stayed away from tapping the rapidly evolving industry, but his wife – Melania Trump, on the other hand, has hopped on a different path.

CryptoPotato had earlier reported that the former US First Lady had earlier announced the launch of her NFT platform on the Solana blockchain. Melania’s entry into the space has ignited a series of discussions and debates, but Trump appreciated his wife’s NFT endeavors despite his very own skepticism.

The Dollar is a Fulcrum

For Trump, the US Dollar is everything, and he has been very vocal about it right from his tenure as the President of the country.

In a different interview, he had previously stated that the US should be careful with regard to cryptocurrency, citing China as the reason. As President, he had earlier said that he does not consider Bitcoin to be money, pointing to its highly volatile nature. It was then when made the infamous “based on thin air” comment. In the same statement, he had stressed that unregulated crypto can enable unlawful behavior and illegal activity.

Trump had invoked the dollar’s credibility when it comes to the global financial infrastructure and stated that he does not want to have other currencies emerging, hurting, or demeaning the greenback in any way.