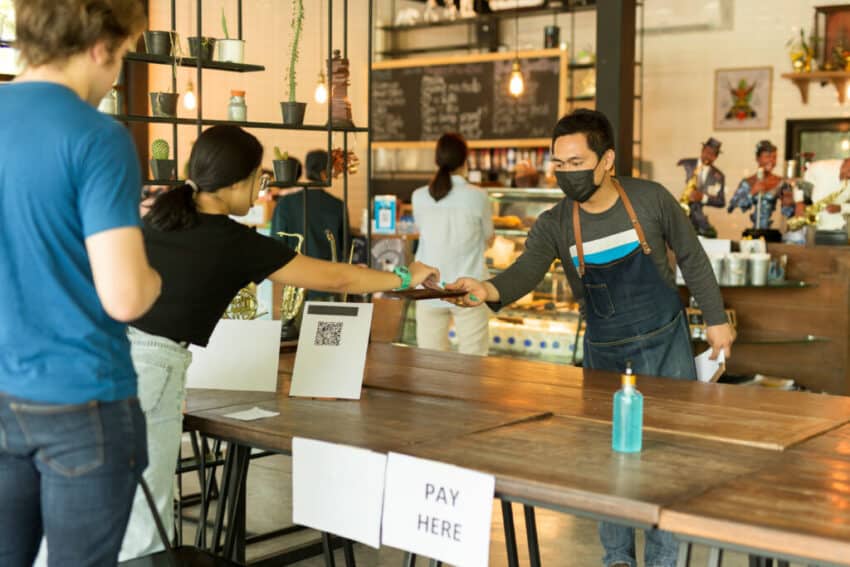 Boris Johnson has been warned by business leaders that a fresh package of economic support would be required if rising Covid-19 infections prevent the further relaxation of pandemic restrictions next month.

After the reopening of hospitality venues indoors across all four nations of the UK, the Guardian’s latest monthly assessment of economic developments suggests the country is on course for a short-term growth boom this summer.

Retail sales have surged above pre-pandemic levels, while customers returning to restaurants, pubs and cafes have driven a sharp rise in consumer spending to begin repairing the damage from the worst recession in 300 years.

However, concerns are mounting over the Covid variant first detected in India – B.1.617.2 – and the possibility that rising infections could delay the next phase of the government’s roadmap for relaxing controls in England.

Kate Nicholls, the chief executive of UK Hospitality, said that despite substantial progress being made, the last month had been “far from a champagne moment for the industry” after the cumulative damage from repeated closures over the past year.

Nicholls said any delay to government’s roadmap would require the chancellor, Rishi Sunak, to bring forward a fresh package of financial support and to consider extending the furlough scheme.

“At this point, any delay to the removal of restrictions on 21 June will be nothing short of catastrophic for a sector that has already lost £80bn in sales – two-thirds of its pre-pandemic revenue – over the past year.

“Should there be one, it needs to be communicated well in advance and come with further support,” she said.

In the past year, the Guardian has tracked the economic fallout from the pandemic on a monthly basis, following infection rates, eight key growth indicators and the level of the FTSE 100. Faced with the deepest global recession since the Great Depression, the Covid crisis watch also monitors Britain’s performance compared with other countries.

On the dashboard in the past month, the number of people eating out in restaurants has risen to 75% above the levels recorded on comparable days two years ago, before the pandemic struck, amid evidence of pent-up demand from consumers confined to staying at home for much of the year so far.

Public transport usage has climbed to the highest point since the health emergency first spread to Britain last year, with more people heading into town and city centres for leisure and work than at any time since the crisis began.

The reopening of non-essential shops in April helped drive retail sales to more than 10% above pre-pandemic levels, while closely watched business surveys reveal the fastest monthly growth in private sector activity since the late 1990s.

Against a backdrop of improving economic prospects and rapid progress with the Covid-19 vaccination programme, unemployment fell for a third month running in March as companies ramped up their hiring plans in anticipation of reopening.

However, more than 4m jobs remained furloughed, reflecting continued pressure on the economy while social distancing measures remain in place and as global travel restrictions weigh on the travel industry.

Although there is evidence of a rapid economic recovery taking hold, the British economy is expected to take until the end of 2021 to return to its pre-crisis peak. According to the National Institute of Economic and Social Research, the economy is on track to suffer more than £700bn of lost output as a result of the crisis, with the fallout made worse by the government’s mishandling of the health emergency last year and the impact of Brexit.

Prolonged government restrictions beyond June could push back the point at which the economy returns to its pre-pandemic peak, while the prospect of a slower recovery could push up job losses when the government’s furlough scheme is scaled back from the end of next month.

From July, employers will need to contribute 10% of an employee’s wage, rising to 20% in August, as taxpayer support is cut from the current level of 80%. Employees will continue to receive the same amount.

Nicholls said a package of economic support would be needed if there are delays on the roadmap, including deferring business rates repayments, extending commercial rent protections and cutting VAT.

“The government would also need to look again at the future of the furlough scheme, as operators will not be in a position to contribute further if they are still trading under restrictions. This would inevitably result in large numbers of jobs being lost,” she said.