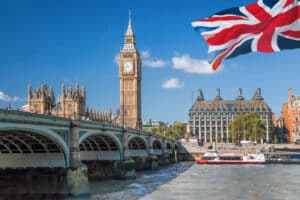 The government should focus on targeted changes such as workplace rotation schemes and better sick pay rather than a broad loosening of restrictions or it risks a deeper economic downturn and another wave in infections, say senior academics.

Rotating staff who work in the office and from home as well as splitting shifts could have an “exponential impact” on cutting infection rates as well as help the economy by getting people back into their workplace, the report says.

Other proposals include incentives for businesses to test staff frequently, improvements to sick pay to remove any financial disincentive to self-isolate and changes to the furlough scheme so that it can continue to support workers who cannot get childcare. It also emphasises the importance of schools reopening.

The report has been published by Data Evaluation and Learning for Viral Epidemics (Delve), a group of academics brought together by the Royal Society. It includes economists such as Lord Stern of Brentford and Sir Tim Besley. It has a representative in Sage, the group that has advised ministers, and the report has been shared with the government.

The report says that the damage to the economy has come from lockdown and people’s fear of being infected. This means that abruptly scrapping the measures to stop the spread of coronavirus would be counterproductive and instead the government should restructure the economy so that it adapts to social distancing.

Professor Besley, from the London School of Economics, said: “Pitting health and economic outcomes against each other is unhelpful . . . Targeted policies that are sensitive both to the spread of the disease and economic costs are needed.

“While physical distancing measures negatively impact certain businesses, there are adaptations we can make to our ways of doing business.”

This week the country formally fell into recession, with figures showing the economy contracted by 20.4 per cent in the second quarter. The economy started growing again in June — with GDP rising by more than 8.7 per cent — but there are concerns that any recovery will be held back as people continue to work from home, which is hurting businesses in city and town centres.

Business leaders have also told Rishi Sunak, the chancellor, that the country could face a rise in unemployment unless he extended the furlough scheme, which is due to end in October and has paid 80 per cent of the wages of more than nine million people during lockdown.

Delve has proposed “flexible furloughing”, which could be extended for certain sectors, such as restaurants, with part-time working allowed. The approach could in particular help female workers who have been hit disproportionately by lockdown as they have taken on more childcare duties as schools and nurseries have shut.

“Initiatives to support worker-led flexible schedules and working from home to provide more opportunities for women to remain in the labour force while childcare and school times are disrupted, are crucial,” the report says.

Read more:
Government urged to get creative to save jobs