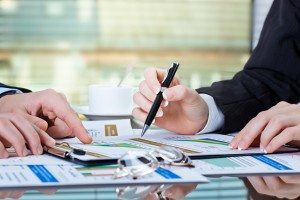 The ‘Planning for the Future’ white paper released by the Ministry of Housing, Communities, and Local Government (MHCLG) on August 6th has been met by a powerful wave of opposition, not only from critics of Boris Johnson’s policies but also from the PM’s own Conservative allies.

The government claims the new approach will increase the pace of housebuilding in England, creating a ‘clearer, rules-based system’ that will enable developments to be completed in a ‘more timely way’ and give young people a better chance of getting a foothold on the housing ladder. The plans include a new national charge for developers designed to contribute to the provision of affordable housing, as well as schools, roads and other infrastructure projects.

However, opponents have accused the government of jettisoning democratic oversight over new developments in the country, setting weak environmental targets, and, most importantly, ignoring the real issues behind the housing crisis. Johnson posits that the simplified infrastructure levy will raise the funds necessary to build ‘a much bigger chunk of affordable housing’. Critics doubt the likelihood of this outcome, arguing that it takes the initiative away from councils and communities, relying instead on developers’ own interpretation of the guidance. The Leader of the Opposition, Sir Keir Starmer, has gone so far as to dub it a ‘developers’ charter’.

Systemic flaws with the ‘help-to-buy’ approach

Critics of the government’s approach have openly questioned how much it reflects the influence wealthy developers hold over the Conservatives, citing the ‘help-to-buy’schemes marketed as assistance for first-time homeowners but which, in reality, have translated into handsome subsidies for developers.

Tellingly, Chancellor Rishi Sunak is now reportedly planning an extension to help-to-buy, which was introduced in 2013 and was due to be phased out entirely by 2023. Originally conceived to make it easier for would-be buyers to access a mortgage, the scheme only served to further inflate prices, rewarding developers – who enjoyed a handy windfall in the shape of skyrocketing property values – rather than providing the intended boost for first-time buyers.

Today, young buyers (in their 30s to 40s) are three times more likely to rent than their counterparts in 2000. Moreover, although rent-to-buy has supported more than a quarter of a million property purchases, a 2019 report from the National Audit Office found that almost two-thirds of buyers using the scheme could have bought their homes without the state-sponsored leg-up.

In some respects, the government’s timing in releasing the new housing plan – in the middle of a pandemic that is once again on the upswing – dodges the underlying problems, all while proposing an ostensibly revolutionary slate of planning reforms. The most pressing threat to housing today, after all, is not zoning permissions. Instead, it’s the historic economic crisis that has forced prospective buyers and sellers to watch deals collapse while mortgages become more difficult to come by.

Although property sales fell to a record low in April this year, consumer demand has spiked over recent weeks as lockdown restrictions have begun to ease. However, a recent Credit Conditions Survey from the Bank of England shows mortgage and loan providers are taking a more cautious approach to lending as borrowers face greater job and income uncertainty.

The writing has in fact been on the wall since the start of the crisis. Predictions from lenders of a sharp rise in payment defaults came long before the news of a 20% quarterly contraction in the size of the British economy. Now that the scale of the damage is coming into full view, the repercussions will be especially painful for first-time buyers who won’t be able to lay their hands on a large deposit.

A temporary fix, but no permanent cures

The government has taken a small step in the right direction with a stamp duty holiday on property transactions up to £500,000. But that holiday offers no support to those whose transactions were disrupted before July, at the peak of the crisis. Without a more extensive intervention to restore confidence at this moment of immense economic uncertainty, the real estate market will only be as stable as the vagaries of the pandemic.

In all likelihood, it will only be after a basic level of stability has been achieved that the political class will be able to tackle thorny questions surrounding long-term housing and planning reform. In the meantime, Boris Johnson could buy himself some goodwill for longer-term changes by taking decisive action designed to redress longstanding inequities in housing, much as he did on homelessness at the height of the pandemic. Sadly, funding for the ‘Everyone In’ homeless accommodation scheme ran out at the beginning of July, whereupon thousands of vulnerable people have been obliged to return to the streets.

Further time for reflection would also allow the MHCLG to re-assess in what direction it needs to steer the real estate market. While many have traditionally seen a booming housing market as an indication of a healthy economy, others have decried a zero-sum equation which increases the net wealth of homeowners while imposing a higher burden on renters and shifting the dream of property ownership away from all but the most affluent.

Of course, the biggest beneficiaries of homebuying subsidy schemes to date have been private developers, who have pocketed the bonuses from their higher-than-planned returns and generated eye-watering profits. Given its track record of close ties to the industry, the Conservative Party has launched a debate which could soon cast doubts on its own motivations – and open it up to stinging attacks from a rejuvenated Labour.