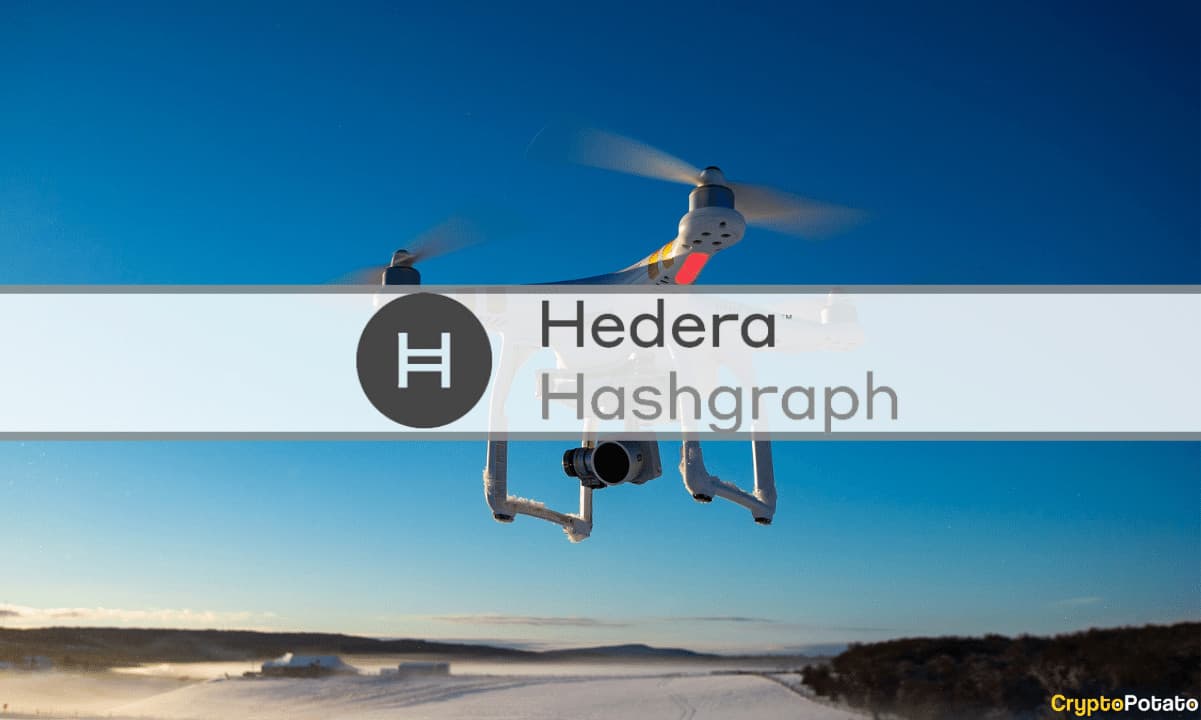 The United Kingdom government backed Hedera and Neuron Innovation as the duo conducted a trial on the drone data collation and storage using a public ledger consensus.

Neuron Innovation, a London-based aviation company, has conducted a drone data collection trial sponsored by the government of the United Kingdom. The test was made possible using a public ledger consensus protocol developed by Hedera.

The collaboration between Hedera and Neuron enabled the collation, storage, and ordering of millions of data points connected to drone flights. The essence of aviation as a service protocol is to allow drones to join existing air traffic seamlessly.

Speaking on the effects and prospects of the trial, the CEO of Neuron Innovation, Niall Greenwood, said:

“We have made unmanned, long-distance drone travel possible using safety-critical aviation infrastructure. Each flight creates millions of data points, which no other public ledger has been fast enough to log and correctly order.”

The trial, which was first conducted at Port Montrose, Scotland, in April 2021, covered drones owned by commercial, military, and government entities used for long-distance drone flights. The second trial was held at Cranfield University in Bedfordshire in October 2021.

The collaboration between the two parties had Neuron’s sensors record flight paths of the drone and their location data. At the same time, the Hedera consensus played a critical role in creating time-stamps of the data collected from each drone and having them recorded on a decentralized public ledger.

This is one of several drone-related programs backed by the UK Department for Business, Energy, and Industrial Strategy. The idea is to develop a fool-proof process of tracking and following drones as well as other unmanned aircraft after their flights have taken them off view.

Hedera Hashgraph is a blockchain network that works on the proof of stake consensus. Its Hedera Consensus Service uses proof of concept to determine the feasibility of the occurrence of a concept.