The Imperial-Iota-Infrastructures Lab, known as the I3-Lab, will operate within the Dyson School of Design Engineering and has adopted the tagline “infrastructure powered by Iota; analytics powered by Imperial; use-cases powered by the community; and impact powered by partnerships.”

Expected to commence this summer, the I3-Lab has been initially funded by a $1 million philanthropic grant from the Iota Foundation and will soon become a co-funded project following an undisclosed contribution from ICL described as “substantial.”

Two post-doctoral researchers and five Ph.D. students, overseen by project leaders, will focus their efforts on five projects spanning an array of proposed subjects including tire emissions in the mobility space, ethical batteries in the energy industry, and an infrastructure project to develop the underlying technologies around digital twin and DLT, in addition to two open calls with the aspiration to engage the broader ICL community and attain internal funding.

The lab, which is currently under construction, is approximately the size, if not a fraction larger, than a soccer field goal area — also known as the “six-yard box.” Architectural plans reveal intentions to construct a second-story mezzanine overlooking the ground floor, so as to provide ample space for the seven students and their necessary equipment.

Cointelegraph’s Tom Farren visited Imperial College London and spoke to Robert Shorten, deputy director of the Dyson School Engineering Design; Peter Cheung, head of the Dyson School of Design Engineering; and Navin Ramachandran, a member of the board of directors at Iota, about a wide range of topics, from tire emissions and the Jevons paradox to tokenomic incentivize models, Iota’s proposed governance ambitions and the behavioral impact of coins in shopping carts.

This interview has been condensed and edited for greater clarity.

Cointelegraph: What were the specific reasons for partnering with Iota on this project?

Peter Cheung: The reason why we’re so interested in Iota with the I3-Lab is because they are aligned with our values. It is a technology-driven area, but our department has the mission to make a difference in society and humanity. And this is a technology that we believe will have a significant impact in the future, and therefore, we want to invest in it.

Robert Shorten: “Traditionally, blockchain-type technologies have been used in fintech as a means of payment, or for tracking goods and services. We’re really interested in exploring the behavioral intervention side.

A big issue in the sharing economy is the idea of being able to manage risk. The risk of someone not doing what they said they were going to do. For example, if you’re in a shared vehicle, it should be returned at a certain time, and if someone doesn’t do that, then it undermines the whole sharing concept.

“The idea of managing the risk of misusing of an asset, rather than managing the access to the asset, is very subtle thing but actually a really important part of the sharing economy in these new models of ownership.”

CT: How do you envision the way Iota’s feeless structure could support these new models of ownership?

Navin Ramachandran: When you’re working in a feeless environment, how do you do it with fair distribution? The issue we’ve had, and a lot of projects have had, is that things make sense from a research perspective, but when implemented, the algorithms are so complex that they break very easily or the processing takes too long and it becomes very heavy.

PC: Or it may not be scalable, so when you double or 10x the users, it breaks. Scalability is one of the most important factors, and one of the weaknesses of blockchain technology.

It’s kind of a goofy example, but one of the great successes in humans interacting with technology is the coin in a shopping trolley. I remember when I was growing up in Ireland, there used to be shopping trolleys in every river. [To the room: I don’t know whether you remember that?]

RS: Then, someone had this great idea of putting a one-pound coin in the shopping trolley that you get back when you return it. You can create digital forms of that idea with Iota because of the feeless structure. But you can’t do that easily with other blockchains because every time you put down a deposit, a piece of your coin gets taken away as a transaction fee.

We’ve been using that sort of idea to do lots of work with electric vehicles, and in other areas to repurpose and reuse in the pursuit of circularity.

Ramachandran raised the point that phrases denoting the encouragement of artificial behavior change, such as nudging or incentivizing, can often be deemed to have negative, somewhat authoritarian connotations. But it was noted that it is important to distinguish what’s best for the collective and follow that with good intentions.

Shorten then continued on:

“The DLT part of that story is really interesting because it talks about digital identity, ownership and new ways of nudging people using tokens. It talks about new ways of assigning responsibility for individuals’ actions and personalized types of interventions. That’s all part of DLT’s story. And it’s all potentially very good, as well as being potentially bad.”

CT: In our initial conversation, you [Shorten] stated that the higher torque and weight of electric vehicles leads to greater road friction and often results in particles entering the waterways or human respiratory system to cause potentially wide-ranging health concerns. How will the I3-Lab explore this area within the mobility project?

RS: Tires are probably going to be a big theme at the college, ranging all the way from understanding the tire abrasion process, particle size distribution, and the potential impact on humans and the environment, to the behavioral side and how we can develop new types of systems and ways to interact with mobility to minimize the impact of tire waste.

A group of esteemed students known as The Tyre Collective from the Dyson School of Design Engineering side of ICL were awarded second prize for the international James Dyson Award and first prize in the United Kingdom for their acclaimed invention of a mechanism designed to attach onto the frame of tires and capture microplastics at the point of wear. This YouTube video illustrates the process in greater detail.

Shorten, who is well educated on the evolutionary timeline of electric vehicles over the past half a century — and specifically, their reciprocal impact on environmental progress — cited the Jevons paradox, a 19th-century observation on the impact of coal consumption following the invention and widespread adoption of the Watt steam engine.

A visual portrayal of the paradox reveals that when the elastic demand of an environmentally centric product contributes to the increase of total supply, the aggregate value of energy consumption can increase. Quite simply, if the demand for electric vehicles rises considerably, there will be more cars on the road and, thus, higher emissions.

In our initial discussion, Shorten quaintly illustrated a disheartening societal truth that due to geographical and circumstantial challenges — on occasion enhanced by societal imbalances — “People often make poor choices for really good reasons.” Relaying that statement in person, he elaborated, stating:

RS: That’s right. They can’t afford to make the choices that society wants them to make. And you can’t blame them, right? How could they possibly do that? So, trying to remove the up-front cost, I think, is a really important part of giving people access to good choices.

CT: Do you feel that our society is progressing toward a more servitized, renting economy in light of the emergence of companies such as Airbnb and Uber?

RS: I think we are, and I think we have to. There’s great opportunity to be much more efficient and responsible in the way we consume, but there’s also an opportunity for people to misuse that.

RS: In theory, it’s a good idea, but there’s a layer that we need to wrap around it to make sure it’s done in a responsible way. That would be the caveat, or the qualifier.

CT: Will the I3-Lab’s findings be published in an open-source, transparent manner?

PC: All our work is going to be open source.

NR: Everything has to be open source. And even in research, if you want it to be reproducible, you have to have open datasets. We don’t want to make anything proprietary.

PC: That’s partly why Iota’s grant can be seen as a grant, not a research contract, because they will open everything.

Every idea will get proposed in the open where people can comment and revise it before it gets implemented. That’s the way it should be going forward.

Everything we do will be freely accessible and open source. We also invite our dear #community to participate in the Lab (more to follow on that).

This will be the first of many philanthropic activities from the #IOTA Foundation.

Lets accelerate our impact, together.

CT: What’s your stance on technological patents in general business practice, and specifically for the I3-Lab? Do you believe that a walled-garden, protection-first approach is sometimes required in these hypercompetitive industries?

PC: For this project, I believe that we might patent, not because we want to profit but because we might want to prevent other people from profiting and violating our principles.

NR: I separate two things: one is the core layer of the technology, which I think has to be open source; and then second, companies building proprietary things on top of that. If it impacts everyone and it’s core technology, then it should be open because anyone controlling that controls the direction of the network.

PC: We are not objecting to patenting because companies need to survive, be economically viable and make a profit.

Shorten showcased a physical example of a previously patented product from Imperial College — a Lego-brick device that extends the range of electric vehicle charge points and, in turn, encourages a daisy-chain model in which drivers can be incentivized to uphold the network via tokenomic rewards. This is the shopping trolley idea in digital form, they state.

Following on from this, Cheung noted:

“If you have an idea, you’ve got to patent it or publish it. If you don’t do either of those things, somebody else will, and you might not be able to develop your own idea. And we wouldn’t want to be developing ideas for the benefit of an individual company with everyone else excluded. That would defeat the purpose of it.”

CT: How are you planning to measure success within the project?

RS: We’re going to form an external board that will evaluate the progress of the lab against milestones. They’ll be externally independent from Iota and Imperial and will be people who will give a really honest opinion. That’s the only way you can measure success.

CT: What are your precedents for these milestones? Have quantitative targets been established as markers of success?

RS: It could be new sustainable businesses that we stimulate, it could be engagement with policymakers. There are also all the usual things, like the number of patents and number of papers. A big metric would be how successful we are in leveraging the center to generate more income to build use cases in partnership with companies, as well as getting some of the ideas that we foster at the lab into industrial products. 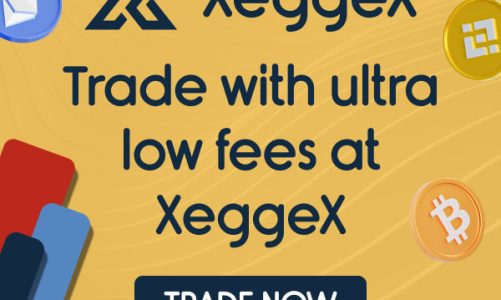