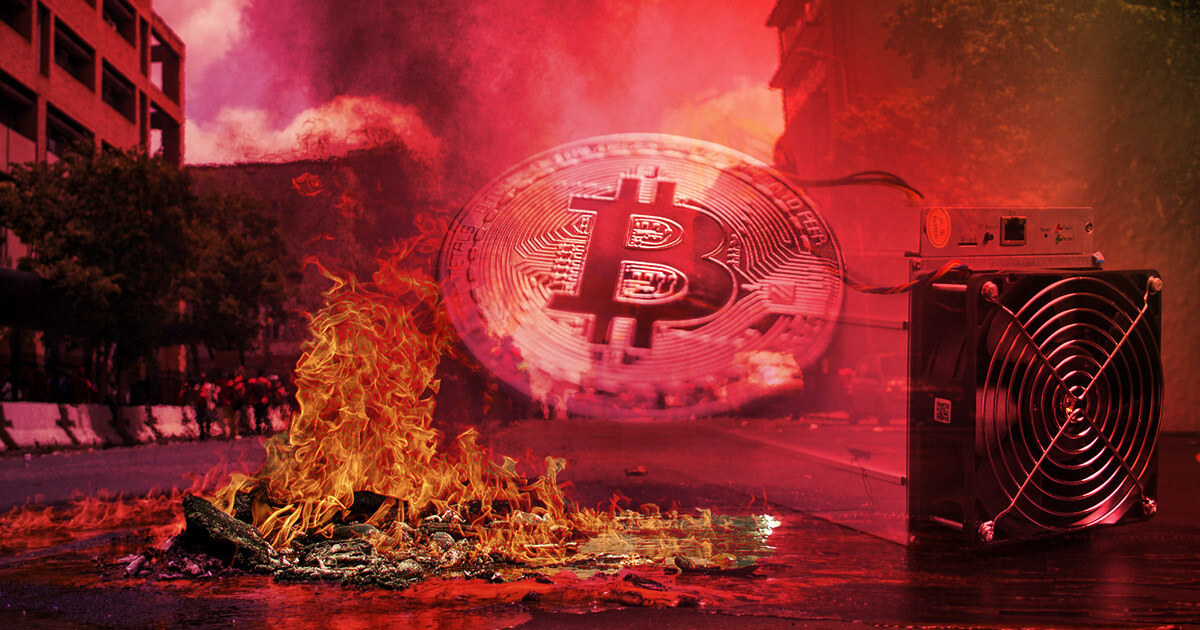 Following the news about nationwide protests in Kazakhstan causing an internet blackout in the Bitcoin mining country that resulted in a significant hash rate drop, CryptoSlate talked to Alan Konevsky, Chief Legal Officer at PrimeBlock.

PrimeBlock is a digital asset mining and infrastructure provider, currently operating roughly 1,000 PH/s in hashing capacity, equivalent to around 0.6% of the total global Bitcoin hash rate–with mining facilities spread across the United States and Canada.

Konevsky commented on recent developments in Kazakhstan and Kosovo, and shed some light on their impact on the industry, from an insider perspective.

Developing countries struggling to keep up

“Power generation and distribution infrastructure is often a weak point,” Konevsky said, pointing to the bottleneck for developing countries struggling to keep up with technological advances.

At the end of last year, Central Asia–from western Kazakhstan to southern Tajikistan–suffered from power and energy shortages after being hit by a severe drought, limiting the hydroelectricity production and, as a result–Bitcoin mining.

In November, the Kazakhstan Electricity Grid Operating Company (KEGOC) explained that the problems were caused by malfunctions, but also from the system overuse–which the government attributed to crypto miners who flocked to Kazakhstan from China.

“Somewhat similarly, Kosovo’s biggest coal-fired power plant was recently shut down over a technical issue, so they were forced to import electricity, which is already on an upward price trend,” commented Konevsky.

Facing the worst energy crisis in a decade due to production outages, the Kosovo government recently issued a blanket ban on crypto mining–in a bid to curb electricity consumption.

“In the grand scheme of things, these countries’ decisions to limit mining aren’t so much a reflection of their feelings on blockchain and cryptocurrencies as on their status as developing countries with developing infrastructure,” noted Konevsky, adding that “it’s challenging enough for them to provide fundamental needs and support economic growth.”

What does this mean for the North American miners?

According to Konevsky, Bitcoin miners in North America are indirectly impacted by these decisions in several ways–some being quite positive.

“First, less hash power in the network means more room for miners in North America to increase their share of the network,” he started explaining.

“Second, mining companies, including those that relocated after the China regulatory changes, set up in countries like Kazakhstan and Kosovo because the cost of electricity is much cheaper than in North America. If mining becomes a complete non-starter in these countries, we could see miners re-locate instead of shutting operations, negating the loss of hash power,” he added.

“Third, the decisions made by these countries could set a precedent for other countries to follow. If other developing countries decide to limit or ban bitcoin mining, it could alter the bitcoin mining landscape as a whole,” Konevsky concluded.

The future of competition

“This industry is mobile, to a point”–noted Konevsky, commenting that, as the Bitcoin mining industry matures, a stable political climate and stable inputs will play a decisive role.

Similar to other developing industries, “as companies seek scale in face of equipment and energy sourcing hurdles and deal with asset price moves and other market challenges”–horizontal and vertical consolidation is to be expected.

As he explained, “going public is a great way for crypto firms to raise money, gain more legitimacy, and even get access to new markets through increased financial firepower.”

“Large mining companies have the resources and scale to weather the ups and downs of the market,” explained Konevsky, due to their ability to afford new equipment when prices are high and to rent or purchase space in data centers.

“Smaller miners, on the other hand, may not be able to survive if the price of Bitcoin falls too low or if they can’t compete with the large mining companies,” he noted, adding that, in the long run–” there will always be competition among miners.”

Although he couldn’t disclose specific details about the company’s plans for 2022, Konevsky assured that PrimeBlock is well-positioned to face the challenges of the market.

The company’s strategy is to focus on locations that have a surplus of electricity and favorable space, cost, and regulatory parameters, he explained.

“We have the latest mining equipment, the best partnerships, a scalable and nimble strategy not premised on long-dated development projects, and a team of experienced professionals,” he concluded, adding that PrimeBlock is well-equipped to face the challenges of a developing country landscape.