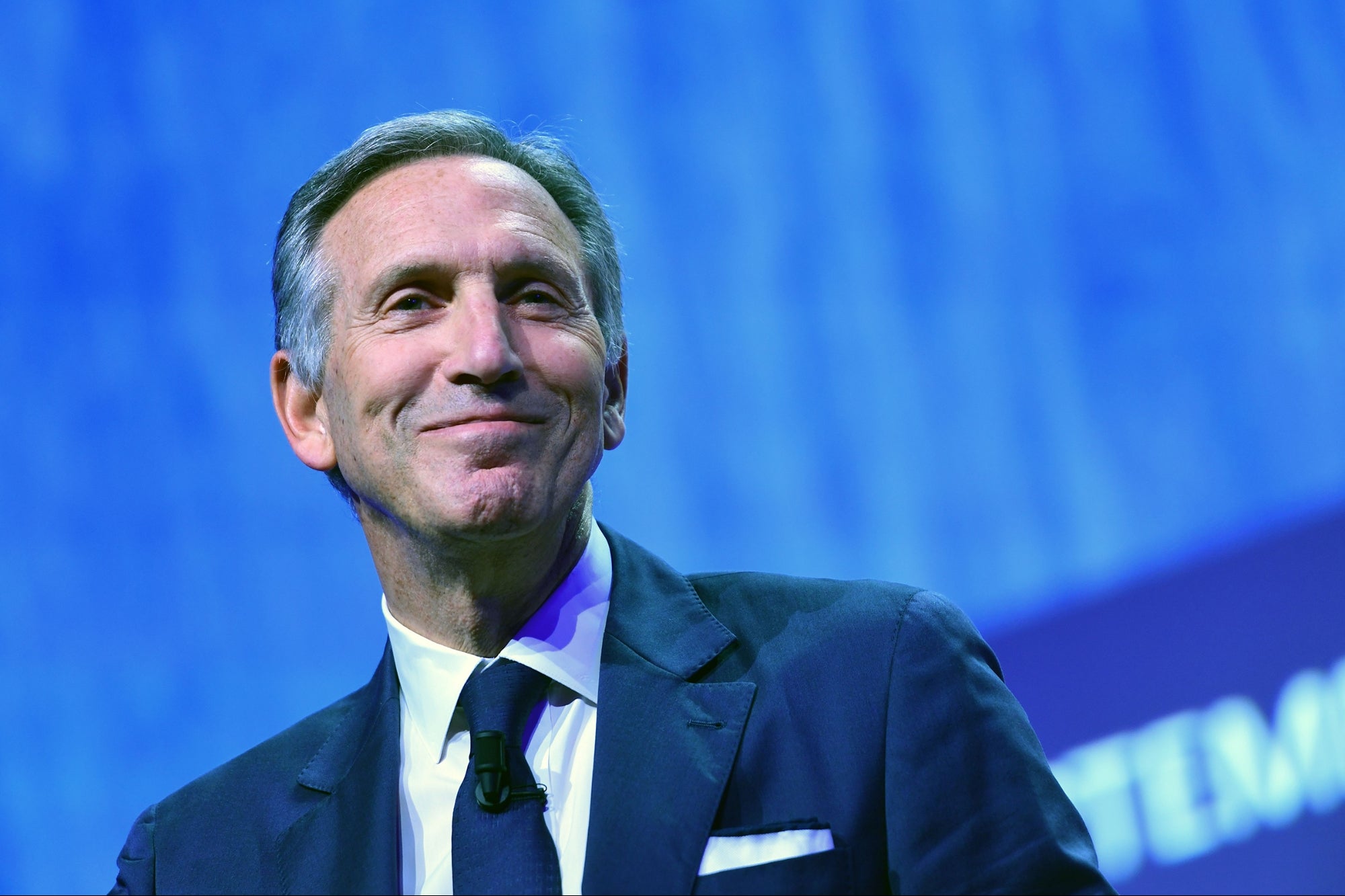 There are many billionaires in business, but it’s often hard to relate to their journeys because they aren’t self-made. Even the term “self-made” is slippery these days; remember Kylie Jenner’s controversial Forbes cover in 2018? If self-made means coming from a wealthy family or having millions in capital with no strings attached, I’m not sure how my hot-mess bootstrapping would be classified.

That’s what makes the success of Starbucks legend Howard Schultz both relatable and inspiring. The chairman emeritus is now worth $5.7 billion according to Forbes, but long before that he was an entry-level salesperson at Xerox. And that job was an upgrade from his first job out of college, which was working at a ski lodge in Michigan.

I’m not knocking ski lift operators by any means. But I would predict most of them don’t go on to retire with a net worth in the billions. So what did Schultz do differently throughout his career to become truly self-made? Here are four pivotal moments from the Starbucks legend’s career to keep in mind as you seek out new opportunities.

Related: How the First Starbucks in the World Came to Be

Schultz was poached from his job at Xerox by Hammarplast in 1979. Responsible for the Swedish coffee machine company’s U.S. operations, Schultz began traveling more frequently to visit suppliers, vendors and clients. One of those clients was Starbucks. Fast forward three years, and Schultz had been poached again by Starbucks, which had four locations at the time.

The lesson here is to always be building relationships with your professional contacts; you never know when opportunities will arise and new doors will open. Speaking from personal experience, some of my biggest current clients came from relationships first forged years ago under totally different circumstances. People remember how you make them feel in your day-to-day interactions, and these good impressions can work in your favor months or years down the line.

On a trip to Milan in 1983, Schultz was enamored by espresso culture. According to his book Pour Your Heart Into It, the executive brought his ideas back to Starbucks and ran a successful pilot of the cafe concept. However, the owners were hesitant to roll out an espresso concept, citing machine costs and market unfamiliarity with café culture. Schultz chose to leave Starbucks to chase his own venture, but he needed $400,000 to get things off the ground.

Clearly the split was amicable, because Starbucks itself committed to an initial $150,000 investment. Even with this initial vote of confidence, drumming up the remaining funds proved to be a challenge; of the 242 investors Schultz approached, he was rejected 217 times. I don’t know about you, but when I get rejected more than a few times in one afternoon, I need a nap. Schultz’s tenacity powered him forward and helped his concept achieve liftoff.

If you believe in your idea and have made initial progress, dig down deep to keep yourself moving. As an added bonus, the resilience it takes to get a business idea off the ground carries over into other areas of management and leadership, too.

Step in when needed – even if you’ve previously stepped out

Let’s speed our chronology along a bit: Schultz opens his concept, Starbucks management decides to focus on its brand Peet’s Coffee And Tea instead, and a few years later Schultz buys Starbucks and its 17 locations from the owners for $3.8 million. From 1987-2000, Starbucks grows to 2,800 locations, and Schultz taps his CFO to become his CEO successor. In an unusual move, Schultz moved laterally from CEO into the position of chief global strategist to help the company go worldwide.

Then things go south. Global expansion and rising competition loosen Starbucks’ grip on the market. Labor scandals arose. The stock price dropped by 75% from 2006 to 2008. As the recession reared its ugly head, Schultz moved from his position of chief global strategist back into the CEO seat and took drastic measures. He fired dozens of executives and shut hundreds of stores. He had everyone in every store retrained on how to make espresso, y’all. He shucked all extraneous products like the CDs and books Starbucks sold at the time and re-emphasized coffee as the primary reason for a visit.

Why did this brand-building powerhouse totally change how Starbucks was run? Schultz understood a powerful truth: You have to be willing to tear down what you’ve created and get back to basics if you want to succeed in the long-term.

Related: How to Build a Team That’s True to Your Values

Chief technology officer positions began emerging in the 1980s, but prior to 2008 Starbucks had never had one. Schultz wanted to leverage technology in his efforts to reinvigorate the customer experience. He updated old cash registers. He embraced social media, which was an emerging platform at the time. He also introduced rewards cards, a tried-and-true repeat customer technique that’s now mainstream in many hospitality businesses.

Today, Schultz is credited with kickstarting the second wave of coffee culture in the United States and has grown Starbucks to be a truly international brand. When he stepped down as CEO again in 2016, he was confident that this time Starbucks would continue thriving. “The differences between then and now couldn’t be greater,” he said in a call with investors as he prepared to exit.

Even if you start with nothing, it’s possible to make it big. But “having a dream” isn’t enough; you need to make wise decisions and think strategically as you navigate the choppy waters of business ownership. Focus on what truly moves the needle, and your efforts will pay off in the long run.