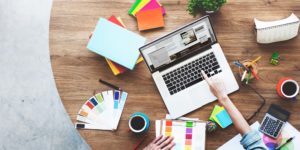 SMEs are potentially missing out on a golden opportunity to financially benefit from their intellectual property. Leyton UK MD William Garvey explains.

Spending on R&D in the UK lags behind the rest of Europe. The most recent ONS figures revealed the UK had invested 1.69% on R&D as a proportion of GDP, falling well below the European Union (EU-28) provisional estimate of 2.07%.

The Government is keen to change this and has an ambitious target of 2.4% of spending by 2027. To encourage innovation it has set up tax relief schemes to boost investment. The R&D credit scheme has been around since 2000 and has achieved increasing awareness among SMEs. However there is far less awareness for another scheme, ‘the patent box’, with SMEs potentially missing out on a golden opportunity to benefit from their IP.

The Patent Box regime is an incentive aimed at attracting R&D investment leading to the creation and active management of patentable intellectual property (IP). Patent Box is in addition to the Research and Development (R&D) tax credit scheme and can be claimed simultaneously. The tax benefits are clear. It effectively allows qualifying companies to apply a 10% rate of corporation tax to all profits relating to qualifying patents, instead of the normal 19% corporate tax rate.

Small businesses could be missing out as a result of a number of factors. Firstly, the complex calculation involved in claiming for Patent Box relief could itself be an inhibitor for small to medium sizedcompanies who lack the in-house or specialist expertise to identify the relevant information or perform the calculations.

Secondly, in order to be eligible for relief under the Patent Box scheme, companies must clearly demonstrate to HMRC that the patented item is critical to the performance of the product or service offering. Claimant companies must also show they have significantly contributed towards the patent development. Eligibility criteria tend to be a point of confusion for companies and some areunaware how to demonstrate to HMRC whether the criteria are met. Yet, at Leyton we see plenty of examples of innovations that could well be patented.

The most probable cause however is likely to be the lack of awareness of the scheme. The R&D tax credit scheme was introduced by the government in 2000-01 – in contrast, the Patent Box regime came into effect in the 2013-14 financial year, with the full benefit of the scheme only becoming available as recently as April 2017.

In addition, a fundamental condition to qualify for the patent box regime is to have a qualifying right, which often refers to registered patents. This means companies often need to have a patent first in order to qualify for the benefit. Many companies have opted to keep their business process or product know-how secret in order to avoid intellectual property loss. This remains a key factor for many SMEs who do not have the resources needed to defend against any potential patent infringement. Here is where a discussion with a good firm of patent attorneys may help.

By getting to grips with this scheme small businesses could ensure they receive a substantial windfall for the innovations driving their businesses.  As the UK’s leading innovation tax consultancy Leyton UK is on hand to advise on the best way to make the most of your claim

Read more:
How you can reap the financial rewards from tax relief on your patents