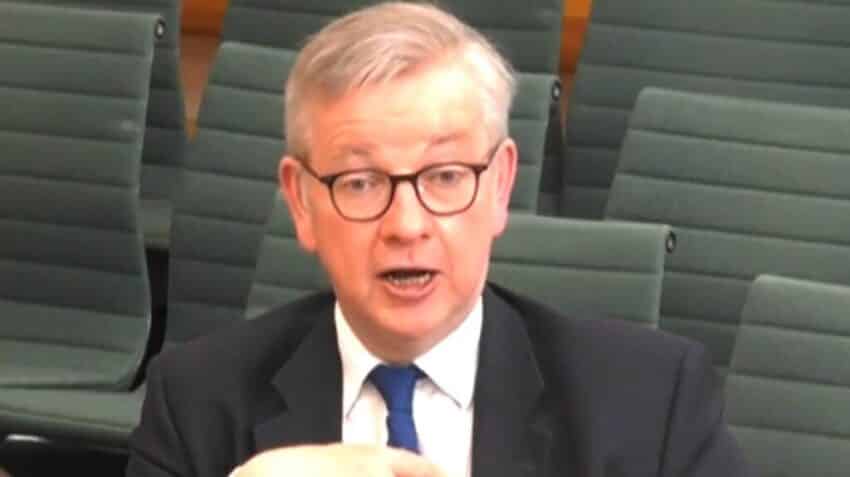 Michael Gove has said that he would bet on a relaxation of coronavirus restrictions on June 21 despite a growing conviction among his colleagues that it will be delayed.

The Cabinet Office minister told a meeting of ministers on Monday that if he were a betting man, he would wager that restrictions would be eased, according to the Huffington Post website.

Other ministers believe that the government needs longer to assess the latest data and ensure that more over- fifties are given the vaccine.

Last night it was reported that Rishi Sunak was open to a delay of up to a month to ensure that the lifting of lockdown was “irreversible”.

The chancellor had been perceived as eager to drop restrictions to help boost the economy but he is more concerned that the changes are permanent and is prepared to push back the June 21 date as a compromise, The Guardian reported. “The Treasury’s main thing is that freedoms are irreversible and businesses have clarity,” a Whitehall source told the paper.

There is particular concern about the strain that unvaccinated people in their thirties could place on the health service if there is a surge in cases. While they are less likely to die than older patients, a government source told The Times that many of those admitted with the Indian variant needed oxygen and spent at least two days in hospital.

The government has said that there is a “race” between vaccinating people and the new variant, which is at least 40 per cent more infectious than the one first identified in Kent.

Huge demand from under-thirties for jabs led to long online queues for appointments yesterday. People in their late twenties were told that up to 14,000 people were waiting ahead of them as “lots of people are trying to book an appointment” on the NHS website. Waiting times varied from five to 20 minutes before people could look for free slots. Adam Briggs, a senior policy fellow at the Health Foundation think tank, said that “this kind of demand is really encouraging”. He spoke while in a queue to book his own jab.

About 3.8 million people in England aged 25 to 29 can book appointments from this morning, while in Wales all over-18s will be eligible by next week.

Six months to the day after the vaccination programme began among the most vulnerable, all adults except those aged 18 to 24 are eligible.