Strawberry Pop-Tarts are ubiquitous grocery-aisle treats, but one lawsuit is claiming the product doesn’t feature enough real fruit in its filling. 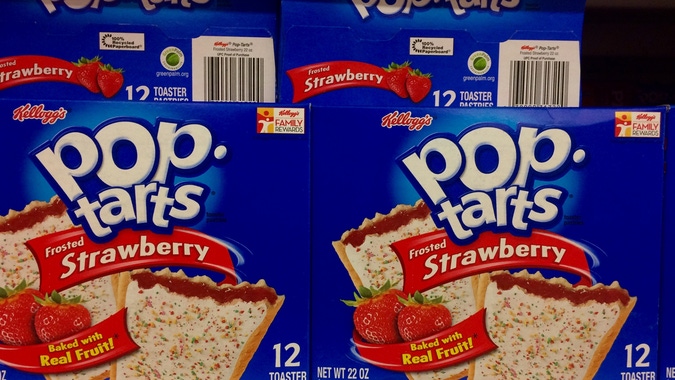 Related: Wendy’s Partners With the Kellogg Company to Turn Its Beloved Frosty Into a Cereal

Harris’ objections went on to assert that comparable toaster pastries available at Walmart and Dollar Tree alert customers of their true nature by having “Naturally & Artificially Flavored” written on the box, whereas Pop-Tarts does not.

The complaint also emphasized Pop-Tarts’ use of potentially harmful ingredients such as Red 40, a synthetic food coloring made from petroleum.

The Kellogg Company has been under significant scrutiny lately, even beyond product concerns. Earlier this month, some of its factory employees went on strike over unfair contracts.

We will keep you posted as any further developments, er, pop up.