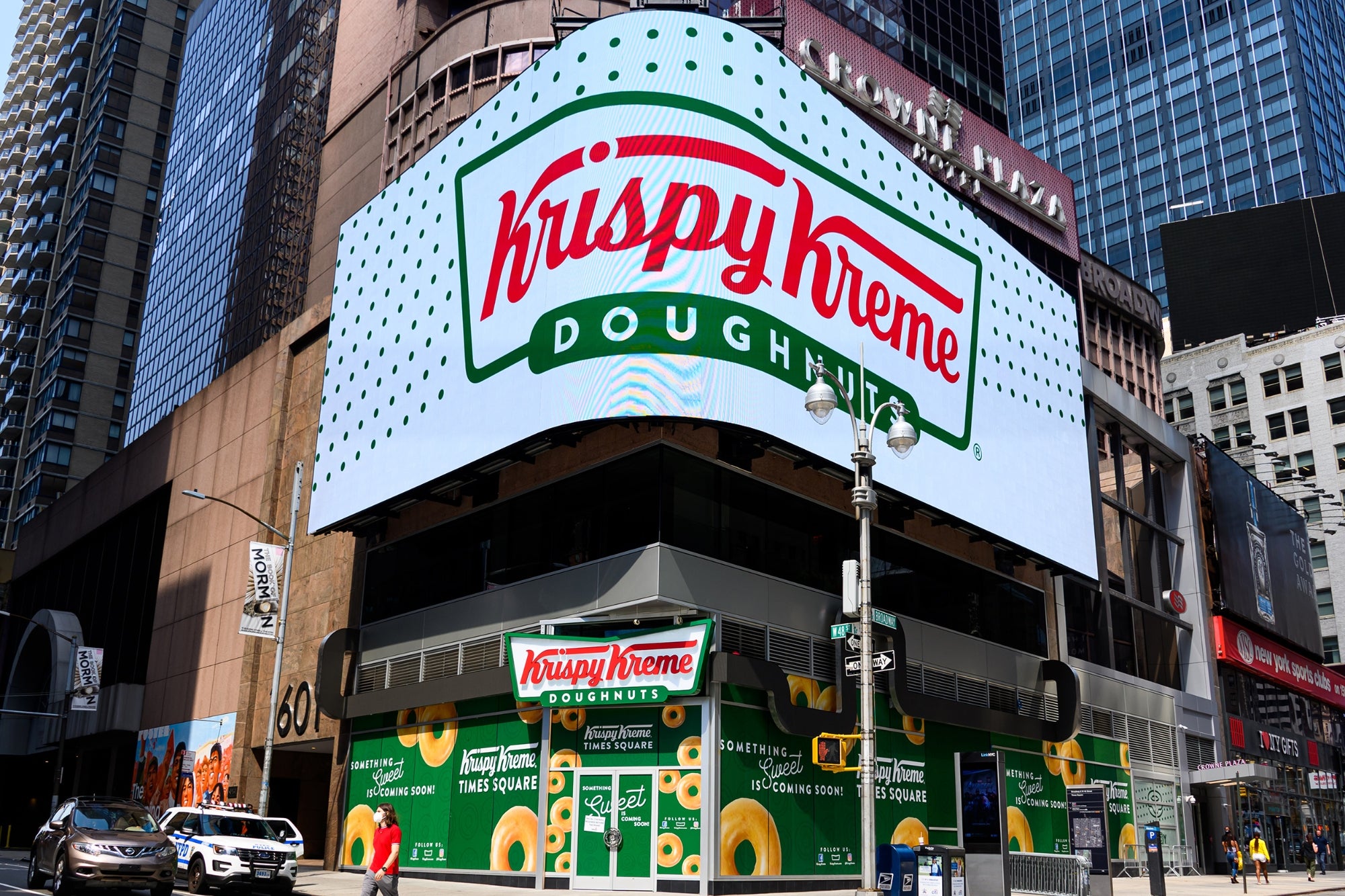 The company will trade under the ticker DNUT on the Nasdaq.

The Winston-Salem, North Carolina-based Krispy Kreme filed documents on Tuesday to go public, according to RestaurantBusinessOnline.com.

Krispy Kreme plans to use the funds to pay off a 2019 credit facility. The donut retailer’s $1.2 billion in debt and interest on debt has kept it from making a profit despite rising profits.

Related: June 4 Is National Doughnut Day. Here’s Where You Can Get Them for Free.

Since 2016, revenues have risen an average 19% each year after European investment firm, JAB Holdings, took the company private. In 2018, the company acquired Insomnia Cookies, a cookie delivery company known for its vegan and three-layer cookies, which has about 191 locations.

Krispy Kreme has also found success by adopting a “delivered fresh daily” strategy at grocers and convenience stores while developing a “branded sweet treats” line for retailers. According to a federal securities filing, the donut-maker’s locations numbered 1,515 globally last year, up from around 1,400 in 2018. Its “delivered fresh daily” locations now top 7,300 around the world.

According to the S-1 prospectus filing, Krispy Kreme saw total net revenues of $321.8 million in the first fiscal quarter of 2021, a 23% increase from the same period a year ago. The company also thrived during the COVID-19 pandemic, posting its highest-ever net revenue of $1.12 billion in fiscal 2020, Fox Business Network reported.

Related: Krispy Kreme Is Ready to Give You a Free Daily Doughnut for the Rest of the Year — But Only If You’ve Been Vaccinated