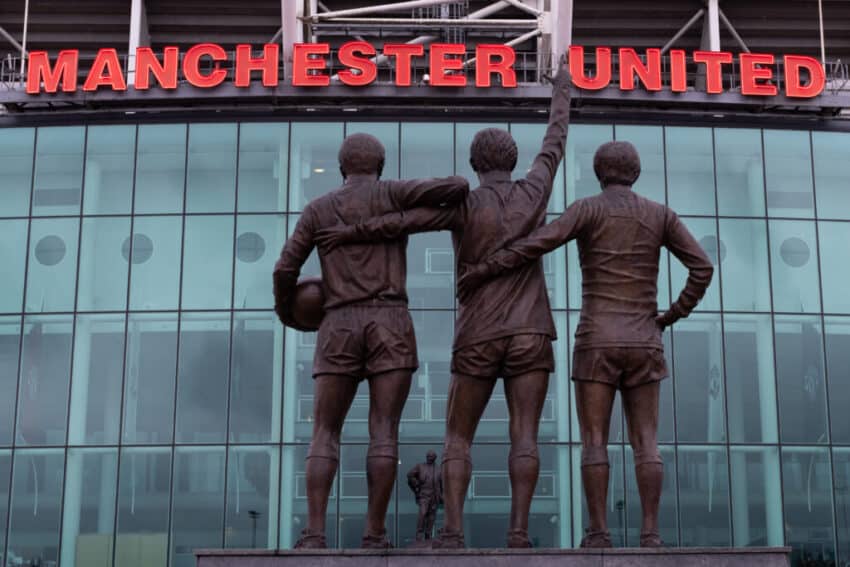 Manchester United have confirmed they accessed a £60m draw-down of their available £200m credit line in order to cover a soaring net debt of £455.5m as a result of the coronavirus pandemic.

The modest climb was attributed to a 68% increase in broadcasting revenues to £108.7m, a figure helped mightily by United’s return to the Champions League. “Demand for live football remains strong,” the executive vice-chairman, Ed Woodward, said while announcing the club’s second-quarter fiscal results.

Woodward also reflected on the impact of Covid-19, a “once-in-a-century level crisis” that “tested our club’s resilience and values,” and discussed the potential return of supporters to Old Trafford. “We are seeing some positive examples around the world of live events with reduced capacity crowds with social distancing,” Woodward added.

“The successful rapid rollout of vaccines and falling rates of infections in the UK makes us optimistic about the government’s road map out of the lockdown, including plans for the gradual reopening of sports stadiums with spectators, beginning this spring. Initially, this will be with limits on capacity, but we’re hopeful of crowds ramping back up to full capacity next season.”

Matchday revenue in the three months ending 31 December was £1.5m, a 95.5% drop year-on-year from £32.7m due to all matches being played behind closed doors. Cliff Baty, Manchester United’s chief financial officer, confirmed the club’s net debt of £455.5m, an increase of £64.3m over the prior year, was a result of lost matchday revenue.

“We are well-positioned to weather the current uncertainty and optimistic for the future” Baty said. Net debt is calculated as non-current and current borrowings minus cash and cash equivalents. The increase resulted in “a drawing-down of £60m of our available £200m credit line during the quarter”, Baty confirmed.

The 20-times English champions went out of the Champions League in December and are currently second in the Premier League, but 14 points adrift of Manchester City with 11 matches remaining. Despite United’s potential title challenge appearing to fizzle out, Woodward took an optimistic tack about the club’s competitive health across the board.

“The progress made by Ole [Gunnar Solskjær] and the players this season is clear, and our thriving academy and women’s team are also adding to the optimism we feel about the future on and off the pitch,” he said.