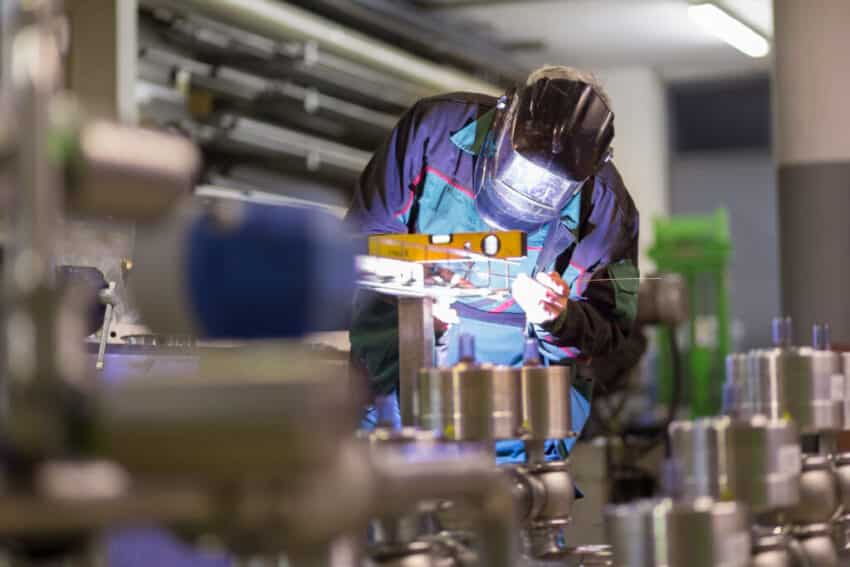 Britain’s economic reopening has helped create the strongest pick-up in optimism among manufacturers for nearly half a century, according to new figures.

A balance of 38% of firms surveyed by the Confederation of British Industry (CBI) said their outlook on the business situation had improved in the past three months.

It was the first positive reading since January, last year, before the pandemic shut down much of the UK economy and the highest since April 1973.

Factories are also stepping up hiring, with the measure of firms looking to grow their workforce over coming months at the highest since 1974.

The survey found that manufacturing output was broadly flat in the past three months but orders for new work were picking up and investment plans were being accelerated to take advantage of a “super-deduction” tax break announced in Chancellor Rishi Sunak’s budget.

Yet the outlook is being tempered by rising costs – blamed on pandemic-related supply disruption as well as Brexit-related red tape.

“However, rising costs are an increasing concern for many businesses, and seem to be putting upward pressure on prices as firms try to protect their margins.

“Continuing to support firms while they get on a steadier footing as restrictions ease will be crucial to recovery.”

Howard Archer, chief economic advisor to the EY ITEM Club, said the figures “generally supported the belief that the economy has started off the second quarter on the front foot as it benefits from the easing of restrictions”.

It is expected to have shrunk further at the start of 2021 as lockdowns extended into the new year while cross-Channel trade slumped following the end of the EU transition period.

But forecasters are increasingly optimistic about the prospects for the coming months as vaccines continue to be rolled out and the gradual phasing out of restrictions brings swathes of the economy back to life.

Figures published by the Treasury this week showed experts were now on average predicting GDP growth of 5.7% this year, up from 4.8% a month earlier.

Yet many businesses remain in peril, with a survey on Thursday showing that the first quarter had seen the largest jump in the number of firms in significant financial distress since 2014.