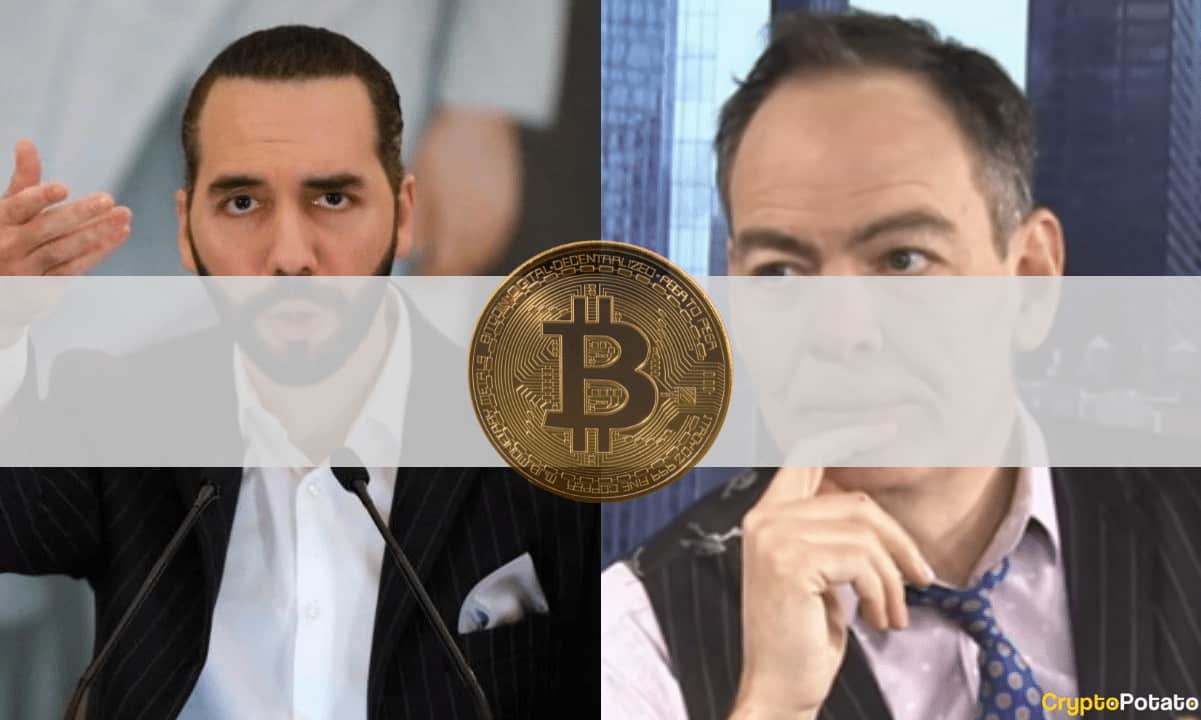 El Salvador continues to create history with its bitcoin adoption, with the latest initiative being the announcement of an entire city focused on the primary cryptocurrency.

The nation plans to put this plan in the works through mining-backed volcano bonds worth in total $1 billion. While this may sound groundbreaking and surprising to some, one person – Max Keiser – was actually the one to pitch the idea first months ago.

It was June 2021 when the small Central American country shocked the world by announcing plans to adopt bitcoin as a legal tender. Somewhat expectedly, global organizations like the IMF, with which El Salvador was in discussions for a near $1 billion program, criticized President Nayib Bukele and his unorthodox approach.

Some locals also found issues with the proposed law and took it to the streets to protest against it. However, President Bukele and his administration didn’t back off, and bitcoin indeed became a legal currency within the nation as of early September 2021.

While all of this might sound like a lot, keeping in mind that they have transpired in just a few months, the country took it a step further over the weekend by announcing a Bitcoin City.

As President Bukele explained it, the city will be circular and will “have everything,” from an airport and port to residential and commercial areas. There will be no tax, except for value-added tax (VAT).

The financing will come from $1 billion volcano-backed bonds, 50% of which the country will use to buy more BTC, and the remaining will go for local infrastructure and mining. After five years, the government will begin selling BTC gradually, which should increase the annual percentage yield for investors from 6.5% to somewhere in the low triple-digits, at least according to Blockstream’s Samson Mow.

The idea of the volcano-backed bitcoin bonds is certainty a world-first, and it can trace its origins to a June Twitter post from the popular BTC proponent – Max Keiser.

Back when the country had just announced its initial intentions to legalize the cryptocurrency, the Keiser Report host wrote, “I’m sure Bitcoiners can arrange a $1 billion lending facility stop-gap for El Salvador,” so the country could stop relying on the IMF (said in other words, of course).

Now that this idea is about to become a reality, many cryptocurrency insiders and even President Bukele himself outlined Keiser and his contribution.

While explaining his vision, Keiser told CryptoPotato that since bitcoin operates as “perfect money,” which is “unconfiscatable, immutable, and uncensorable,” it creates confidence in leaders like President Bukele to “dream big.”

He described El Salvador as a “wildly energetic” country where the “surf, sun, jungle, and volcanoes create endless possibilities.”

“When you plug a visionary president’s dream into the cosmic power of volcanoes to bring the perfect money of Bitcoin to millions of fearless people – the future gets rewritten in the image of Bitcoin, and the future is relentlessly optimistic. Not just for El Salvador, but for the whole world.” – Keiser concluded.