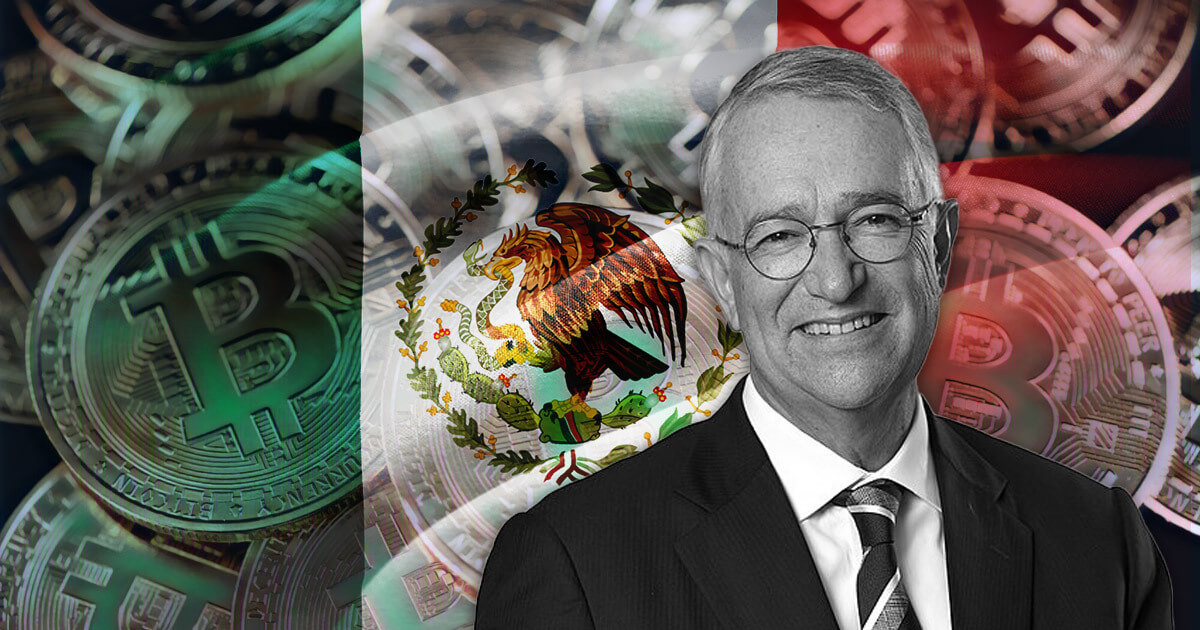 Mexican third-richest man Ricardo Salinas Pliego is holding Bitcoin for the next thirty years, as per comments in a recent interview. He further notes that his bank could start offering Bitcoin banking services to clients and stated that all fiat currencies ‘are a fraud.’

Here is a video of Mexico’s third wealthiest man explaining why he believes all fiat currencies are a fraud and he wants to hold bitcoin over the next 30 years.

Incredible to see this from @RicardoBSalinas given his historic wealth and success. pic.twitter.com/FDVPxgWfFj

Pliego outlined that the limitedness of Bitcoin supply adds to its merits and makes it a better-by far asset that he would consider for investment for the next three decades if he were to choose.

The billionaire, Mexico’s third-richest person, has been a staunch supporter of Bitcoin for years and a motivator of investors to purchase the world-class asset.

Pliego, in an interview, attributed the success of Bitcoin to its limited supply and noted that BTC has “international value, that is traded with an enormous liquidity at a global level, which is why he doubled down on his belief that it should be a part of every portfolio.”

He added  local currencies in countries such as Venezuela, Argentina, and Zimbabwe have lost even more of their value than the dollar. “The dollar as hard money is a joke,” he noted.

Remarkably, during the question and answer session, Pliego still picked cryptocurrency over fiat. In his words “no paper bills. I would take Bitcoin.”

Pliego converted 10% of his liquid assets to Bitcoin last year, following up with a change to his Twitter bio (and later even sporting the ‘laser eyes’). He’s worth over $13.2 billion and has a business conglomerate spanning telecommunications, internet, and banking services throughout Latin America.

Meanwhile, unlike Elon Musk and other high-profile celebrities, Pliego’s not buying into the Dogecoin frenzy. “You’ll stay poor. Good luck,” he said in a tweet reply to a purported DOGE investor earlier today. Cue the Dogeocoiner tears.