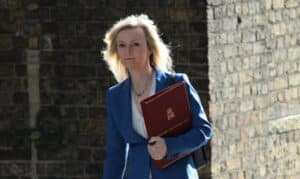 The Scotch whisky industry has criticised ministers’ “inexplicably slow” efforts to fight US tariffs after President Trump backed away from a threat to target gin and beer but maintained a steep duty on single malt whisky.

Clothing manufacturers called on Whitehall to take urgent action over the impact of a catalogue of levies imposed by Washington as part of a long-running battle with Brussels.

Liz Truss, the international trade secretary, said that she would intensify talks with the United States.

The Trump administration has confirmed that Scotch distillers, already enduring steep falls in sales to the US, their biggest overseas market, will continue to face a 25 per cent tariff on single malt. There was a reprieve for shortbread manufacturers, however, with the US removing a duty on biscuits made in the UK from September 1.

Key industries have become entangled in America’s row with the European Union over aerospace. In autumn, the White House was permitted by the World Trade Organisation to impose tariffs on European goods worth up to $7.5 billion after the bloc was found to have illegally subsidised Airbus.

Karen Betts, chief executive of the Scotch Whisky Association, said: “It has taken the UK government a full six months after the UK left the EU to start to tackle tariffs directly with the US government, which seems to us inexplicably slow.” She added that a visit by Ms Truss to Washington last week “was clearly too little, too late”.

Greg Hands, the trade minister, denied the government could have acted more quickly. He said that it “had always been the plan” to wait for the WTO to rule on whether the EU could hit back against subsidies for Boeing, the US planemaker, with its own tariffs. The decision was delayed until autumn.

While Ms Truss welcomed news that the US would not impose tariffs on “great British products” such as gin and blended whisky, she argued that duties on goods such as single malt, sweaters and suits “are in nobody’s interests” and threaten jobs on each side of the Atlantic. “I am stepping up talks with the US to remove them as soon as possible.”

American tariffs on Greek cheese and British biscuits will be dropped from September 1.

Simon Cotton, who runs Johnstons of Elgin, was disappointed that duties on wool and cashmere knitwear remain in place. “These tariffs have been brought about by a dispute which is completely unrelated to our industry and they are a further burden at an exceptionally challenging time.” he said.

Read more:
Ministers accused of ‘dithering’ over US tariffs