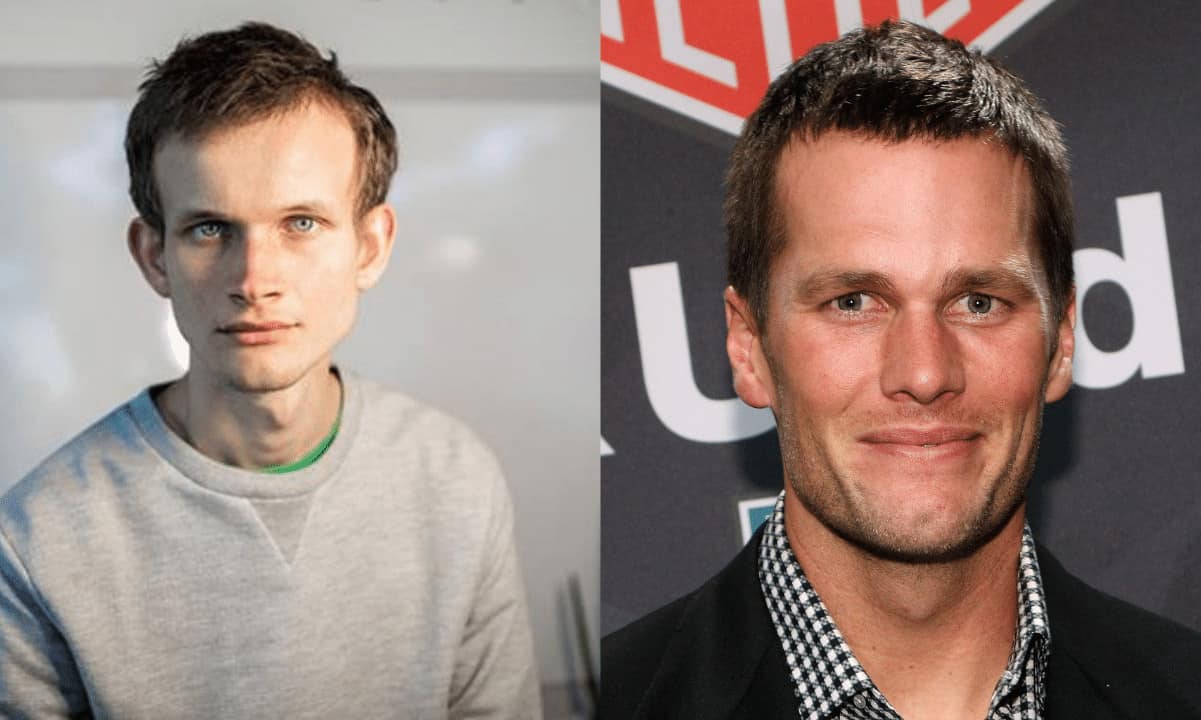 After being compared to Tom Brady (with a few modifications), Ethereum’s co-founder said he mistook the American football legend for Tom Cruise. Yet, Brady, who already has some connections with the cryptocurrency industry, answered that he is a big fan of Buterin.

Brady Is a Fan of Buterin

It became known in the past week or so that Vitalik Buterin – among the most popular people in the crypto community – will be featured on the cover of Time Magazine. With the edition already out, countless users on Twitter started commenting and speculating about Buterin’s appearance.

Among the most popular suggestions was that Ethereum’s co-founder sort of looks like the seven-time NFT champion – Tom Brady. In all fairness, though, some of the comments inclined that Buterin is Brady’s “dystopian” version, or if he had stopped working out and started doing some drugs.

All those speculations caught Buterin’s eye, and he responded that he “didn’t even know who Tom Brady is,” so he had to ask people around him. Moreover, he even confused Brady with another “Tom” (Cruise) – the “actor from Mission Impossible.”

In contrast, it turned out that Brady knew who Buterin was, said he was a “big fan” of his, and even referred to him as the Goat (greatest of all time).

What’s up Vitalik! You may not know me but just wanted to say I’m a big fan of yours. thank you for everything you’ve built in the world of crypto, otherwise @Autograph wouldn’t have been possible. Hope I get to meet you some day you’re the 🐐 https://t.co/W6PxS5P78M

Looking back at Brady’s history with the cryptocurrency industry and one can certainly understand how he has become a fan of Buterin. This is mostly due to the ex-footballer’s decision to launch an NFT platform called Autograph, which “wouldn’t have been possible” without everything Buterin had “built in the world of crypto.”

Back in September last year, prior to his retirement, he also said he wanted to get portions of his salary in Bitcoin, Ethereum, and Solana.

Separately, the NFT legend, along with his wife – Gisele Bündchen – took an equity stake in the popular crypto exchange – FTX.