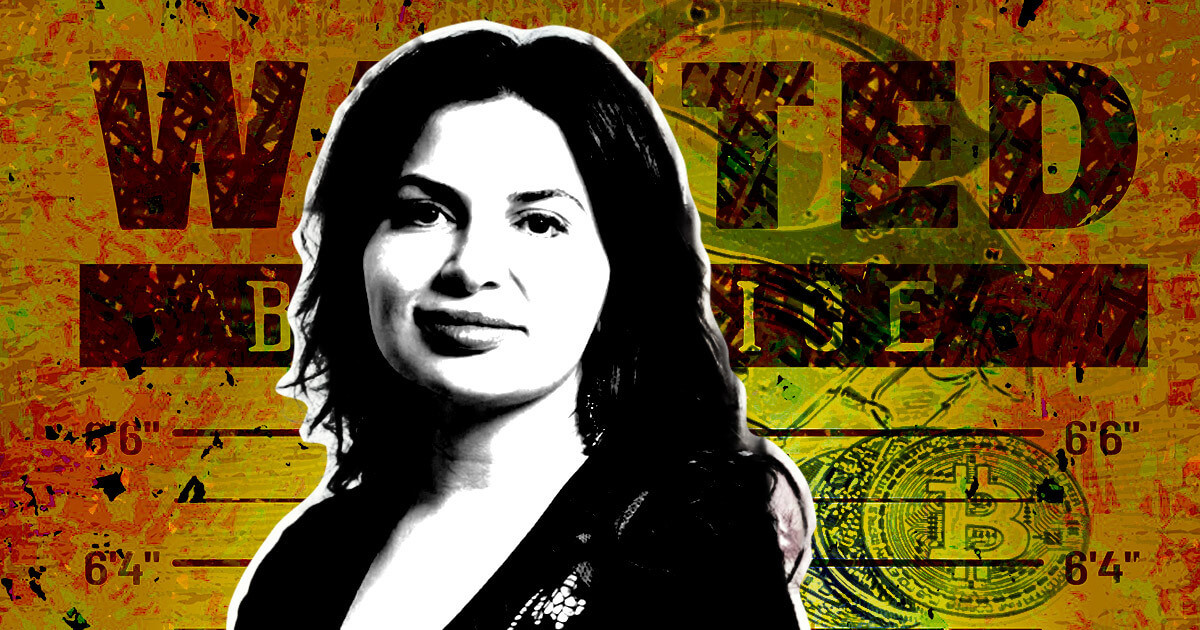 Europol has placed the founder of OneCoin cryptocurrency, Ruja Ignatova, on its list of most wanted criminals.

The European law enforcement agency took this step in its concerted efforts to capture the “crypto queen” who is responsible for a multi-billion dollar fraud.

The agency stated that Ignatova

Is suspected of having prompted investors worldwide to invest in this worthless “currency.”

It offered a reward of €5,000 for any information that’ll lead to the arrest of the alleged criminal mastermind.

OneCoin operated as a Ponzi scheme

Ignatova disappeared from the radar in 2017 after taking a flight from Sofia to Athens, where she was last seen with two Russian men. She created OneCoin in 2014, claiming it’ll be the token that replaces Bitcoin.

“We are the Bitcoin killer. We’re faster, safer and cheaper,” she promised.

But it turned out that all those promises were false because the coin didn’t even make it to the blockchain. Instead, she spent the money on herself, and OneCoin turned out to be a Ponzi.

Prosecutors told a US court that the scheme operated as a multilevel market network rewarding members for recruiting others.

RED NOTICE: Ruja Ignatova, dubbed ‘the Cryptoqueen’, is #wanted by Germany @bka for fraud and money laundering. A reward is offered for information leading to the arrest of the co-founder of the alleged cryptocurrency ‘OneCoin’ in hiding since 2017. https://t.co/vz1hwxok9p pic.twitter.com/jvGb8pg6gz

There are no exact figures of how much was actually lost to the scheme but some reports place the figure at around €88 million, with some saying it could be much higher.

However, the Federal Criminal Police Office (BKA), one of those who have issued a search warrant for her arrest, stated that “the damage caused worldwide is likely to amount to several billion US dollars.” Filings in the Southern District of New York suggest this damage could be over $4 billion.

Her brother, Konstantin Ignatov, has been arrested. Ignatov became the public face of the project after his sister disappeared. He was arrested in Los Angeles in 2019 on charges of wire fraud and cryptocurrency scams.

However, he’s currently helping the FBI in their efforts to arrest his sister after pleading guilty to the charges. According to Ignatov, the crypto queen has already withdrawn about €500 million from the money raised from investors.

The BKA stated that Dr. Ruja Ignatova, who has a doctorate degree in law, is “likely the driving force and intellectual inventor of the supposed cryptocurrency ‘OneCoin’” and led the promotion of the worthless coin.

The search warrant highlighted that she may have altered her appearance given the considerable financial resources in her possession.