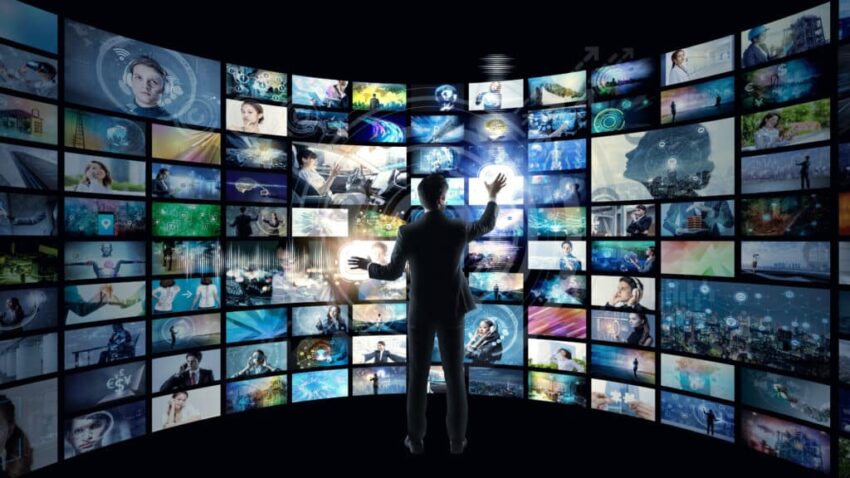 There can be no doubt that online entertainment (such as streaming platforms like YouTube and subscription services like Netflix and Amazon Prime) is eclipsing traditional television and irrevocably diminishing its influence.

This trend is perhaps most visible in Japan, given its reputation for innovation and its historically high engagement with new forms of technology. This trend has been years in the making, according to Japanese marketing agency Dentsu, which recently published data that in 2019, expenditure on digital forms of advertising exceeded TV spend in the country for the first time.

However, it’s a phenomenon that’s being observed all over the globe. In the UK, spending on online films, games and music swelled by 18% to a record high of £9.3 billion in 2020, despite the fact that the leisure sector saw an overall contraction of 30%. Google’s late-year resurgence also saw it enjoy a 23% upturn in its advertising revenue in the final quarter of 2020, showcasing the vast sums to be made in the world of online marketing. Astute global brands are already scenting the Zeitgeist on the breeze and penning lucrative partnerships with online-only entities, signaling a sea change in attitudes towards advertising campaigns for both the brands behind them and the audiences they target.

Perhaps the most eye-catching of those aforementioned partnerships is the one that was recently announced between Dentsu and the Global Esports Federation. It’s a shrewd move on the part of both parties. Dentsu’s leverage in its tech-savvy market, combined with its extensive network of blue-chip clients, could boost the “credibility, legitimacy and prestige” of the esports industry.  After all, esports are still not considered a “real sport” and consequently don’t’ carry the same prestige. This is despite the fact that esports attracts not only millions of viewers, but tournaments are increasingly turning into advertising heavy-weights where participants can win prize money worth millions, on par with those of traditional sport tournaments such as football or tennis. The 2018 Dota 2 tournament, for example, paid out more than $25 million in prize money – a sum representing the importance of the industry on a global level.

On the other hand, Dentsu themselves will benefit from the diversification of their revenue streams at a crucial juncture. The traditional sports market has been a profitable one, commanding 70% of global sponsorship revenue. Yet it’s become so saturated to the point that football team Manchester United now have 21 official sponsors, including an endorsed noodle partner. Dentsu’s engagement with esports paves the way for entry into an entirely new and rapidly growing market that was worth an estimated $1.1 billion in 2020 and which has already attracted interest from other big brands such as Coca-Cola, McDonalds and Mercedes-Benz.

This diversification by Dentsu comes just in time for the rapidly approaching Tokyo Olympics, is also, postponed from summer 2020 because of the pandemic. Even before the pandemic, the Games were set to be “the most digital ever”, but now a strong digital framework has become a crucial necessity. However, it also requires a new and more holistic approach only few partners of the Olympics can provide under these conditions, though Dentsu’s foray into the esports and the digital sphere indicates that the groundwork for success is already laid.

The ad agency was already responsible for raising $3.3 billion through a series of sponsorship deals prior to the pandemic, double its initial target. But the corona-induced delays and additional costs associated with protecting against the pandemic have meant that the budget earmarked to host the Games has doubled in the interim, all the while sponsorship contracts were on the verge of expiration. Dentsu has renegotiated the contracts with all 68 domestic sponsors, netting a further $210 million into the Games’ coffers and suggesting that the Games may become a financial success in spite of the public health constraints.

Blue-sky potential in a post-Covid world

It’s quite possible that the Olympics could emerge as biggest winner and showscase of the increasing rate of digitalization, even more so because the digital transformation is irreversible. Skeptics may suggest that the 2020 explosion in online entertainment revenues were driven largely by lockdown measures introduced to deal with the pandemic, and that the sector’s success has a short-term shelf-life as a result. However, it’s a trend that has been developing for some years now, with the last Olympics, held in Rio de Janeiro in 2016, a telling case in point. 250 digital platforms screened the Games in greater detail than ever before, with the 218,000 hours of online viewing nearly double that managed by TV and over 2.5 times the amount clocked up by London 2012. Indeed, NBC racked up 2.5 billion live streaming minutes on its own, which is over a billion more than all previous Olympics put together.

Therefore, Covid-19 is a catalyst, not a cause, of the digital transformation of sports and entertainment coverage. It’s also one that’s wholly supported by those who stand to be affected by it most, with a significant percentage of surveyed sports fans indicating a willingness to watch their favorite athletes and teams online rather than attend competitions in-person. Given the collective reset that society is experiencing at the present time, it’s an opportune moment for investors, brands and broadcasters to fully embrace the digital age to both reap short-term benefits during the pandemic and sow the seeds for long-term success in a post-Covid world.