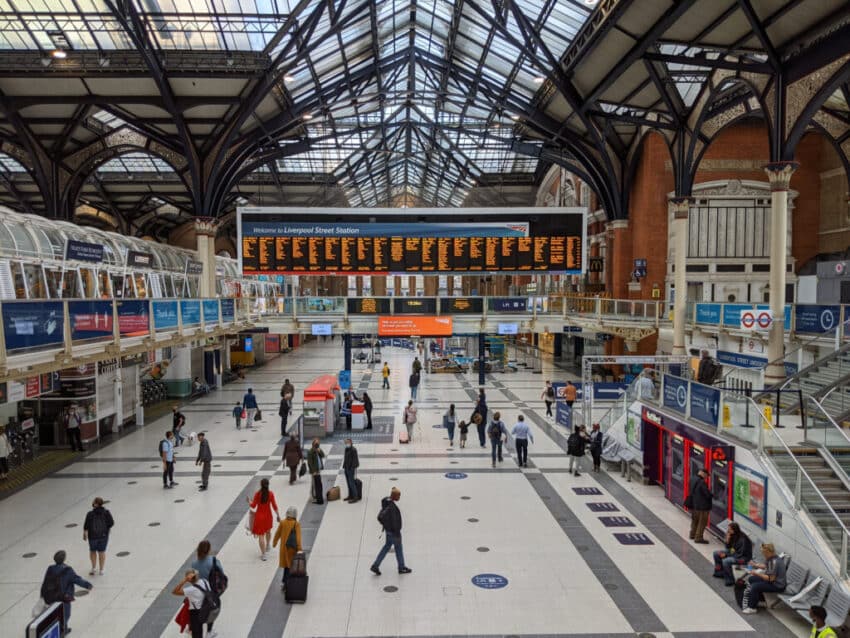 More than half of the country’s employees travelled to work last week for the first time since official figures began being recorded last June.

The Office for National Statistics reported that 53 per cent of workers travelled to their place of employment at least once during the week to March 14, up from 48 per cent the week before.

The findings suggest that people began returning to the workplace after schools reopened in England on March 8. With the country still in lockdown, official advice is that people should continue to work from home if possible.

Despite the drift back to the office, new habits appear likely to remain a permanent feature of the economy after the pandemic is over. A report by the Bank of England suggests that 34 per cent of the workforce will continue working one day a week from home.

The Bank’s decision-maker panel of 8,000 chief financial officers said that 49 per cent of workers were at home one day a week last month, compared with 14 per cent before the pandemic. Andrew Bailey, governor of the Bank of England, said this week: “I would be very surprised if things went back to how they were before Covid. For many people there will be more of a hybrid model of working from home and working in a place of work.”

While some companies plan to cut office space — including Aviva, HSBC, Standard Chartered, Lloyds Bank and Metro Bank — others are keen for workers to return as soon as possible.

David Solomon, chief executive at Goldman Sachs, told the bank’s 41,000 employees this month that they should all be back in the office by the end of summer. He called remote working an “aberration that we are going to correct as quickly as possible. This is not ideal for us and it’s not a new normal.”

Jamie Dimon, boss of JP Morgan, said last year that productivity was slipping on Mondays and Fridays. He also expressed concerns about the damage for graduate trainees and new starters.

“There are a lot of people who have been hired into our companies who have never been into our company,” he said at a conference in October. “How do you build a culture and character? How are you going to learn properly?”

Andy Haldane, chief economist at the Bank, said people were having fewer conversations that spur new ideas and that virtual discussions did not build trust and relationships in the same way. “These losses will grow with time,” he said. “At some point, they will offset the benefits of avoiding South West Trains.”